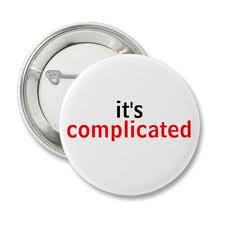 Last night at the grocery checkout, after having unloaded a lot of canned goods, I asked the bagger, in Hebrew, to please not make the bags too heavy. In English, with a heavy Israeli accent, the cashier said to him, "Don't put too many in one bag."

Realizing the bagger spoke English, we began to chat. He quickly informed me that he doesn't speak Hebrew.

"How long have you been here?" I asked.

"I've been back seven months. But I was born here."

"You were born here and you don't speak Hebrew?"

Sometimes, our cousins look so much like us, I can't tell them apart. This young man was clean shaven, wearing a tee-shirt, baseball cap and a wedding ring. And he spoke nearly perfect American English. It was a terribly novel experience because, as a result of the language barrier, it's so rare for me to have any kind of conversation with a stranger in Israel.

Here are some of the thoughts that were racing through my mind as we chatted:
He asked where we were from, how long we had been here and how we liked it. He seemed surprised to hear that we were happy here.

"Everyone else I talk to thinks it sucks here," he informed me. "I got married and came back because the rest of the family is here. But it sucks here."

"Maybe it's different if you're Jewish," I dared to venture.

Saying that seemed a little risky. But he started it by identifying as an Arab.

For Jews having a hard time getting used to Israel, I have a whole pep talk in my pocket. But I didn't want to say anything encouraging to him. Despite the fact that it was Thursday night, I couldn't wish him a Shabbat Shalom. So I just thanked him for his help and walked away.

Later that night, at the airport waiting for our daughter to return from a trip the the US, I saw an Arab couple also waiting for a loved one to arrive. And I started to think about how most American Jews have no idea how, in Israel, Jews and Arabs occupy the same public spaces - buses, malls, hospital rooms, grocery stores, airports, etc. For the most part, we live and worship separately, but we shop, heal and travel together.

My husband has an expression about life in Israel. 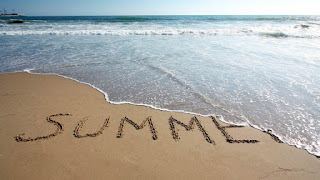 It's Elul. Summer's almost over. Standing in the living room this morning, my husband blew shofar for the first time this season.

Over these summer months, I have been touched and inspired by:

The ability so many people I know have to communicate their pride and appreciation of Israel, of God and of being part of the Jewish people

The emotional pull of weddings in Jerusalem

The emotions of visiting America for a family wedding

Celebrating with 351 new olim, the Prime Minister of Israel, Natan Sharansky and a thousand other Jews who take Israel as seriously as I do

Jewish babies being born in Jerusalem

Witnessing families being reunited in Israel

The unceasing desire to ingest more Torah, to feed my soul

Meeting Jews from around the world

The feeling of being connected to so many people

I also mastered homemade chili this summer. That ought to pay off handsomely come February.

Many, many years ago, before I was living a G-d-centered life, I listened to a LOT of Bob Seger. In ways that only music can, his voice reminds me of who I used to be, a very long time ago.

Tonight, as I was walking in my neighborhood outside of Jerusalem, sweating in the hot August night of the Israeli desert, Bob Seger's "Come to Papa" came up on my playlist.

At first, I was transported to my misspent youth. I thought of my friends Amy and Cathy, young women living alone for the first time, in a sparsely furnished apartment, swallowing life in huge gulpfuls. I remembered nights spent in bars, taking crazy risks, trying on a lifestyle that I soon discovered was not for me.

Then I heard Bob Seger singing words that, today, mean something entirely different to me.

If the sun
Ain't shinin' bright
And the moon, the moon, the moon
Won't shine for you tonight
If the stars in the sky gone away
And you feel
Feelin real low down today
If life gets hard to understand
And the whole thing's getting way out of hand
Come to Papa
Come see your Papa

Thank you "Papa", for always inviting me to come to You for comfort.

Joan Kristall, an old friend and olah chadasha from Baltimore, has a delightful way of expressing what she sees and experiences in her new life in Israel. She graciously gave her permission to share the emails she writes to her family and friends with the rest of you here.

Heads Up!
by Joan Kristall

Gazing out from the expansive window at the Tochina Merkazeet (Central Bus Station) onto the street below is quite a marvelous sight. Whatever the time of day, buses and taxis are vying for space near the curb; pedestrians are walking quickly in twos and threes; baby strollers are being negotiated on crowded streets and soldiers, dispersed throughout, are eying the masses in ways we will not know. The whizzing noise of the light rail can be heard in the distance, as two trains pass each other, going in opposite directions.

Observing from an inside perch, I can view the tops of everyone's head. Heads that are covered and heads that are not covered; heads with scarves and heads with black, velvet yarmulkes. Women with bandanas, snoods and tichls; knotted at the nape of the neck or flowing down one's back. Floppy hats, bonnets and caps with brims firmly out front or turned around. Sheitels (wigs) that are stylish and those that are plain. Some even accompanied by a hat. Men with kippot that are knitted with a rainbow of color and design or pure black. Many cover the whole head or top of the head; some are the size of a fist and rest at the beginning of the hairline. There are women who allow some of their hair to show, to varying degrees, and others who carefully tuck in every last strand. Hats of every description, find themselves on the heads of men and young boys. Among the variety of hats, there are also the way the hats are worn. Fascinating to see hats that are round and low and hats that high. Hats that have wide brims and others with narrow brims; with a circular band and those with no band at all. Hats with brims up; hats with brims down; cocked to the side or evenly balanced. The hats seem to take on the personality of the man who wears them. Some hats seem tired, old and somewhat disheveled, not unlike the wearer beneath them. Other hats are snappy and sophisticated with an air of confidence. You can tell that these men, in a way, become their hat. Young adolescent boys wearing the hat of a man appear awkward and, not unlike adolescence itself, haven't quite grown into the part.

Baseball hats seem to find themselves on Ben Yehuda Street (a trendy section of Jerusalem with a wide array of shops, cafes and boutiques), worn by men and women, young and old. It seems like the New York Yankees is a popular insignia, even though the wearer may have never been to New York or have rooted for the Yankees. Creative and decorative head coverings adorn women wearing long skirts that seem to sway with every step. I continue to wonder how the turban-like effect is executed and how it seems to stay on one's head.

Last week I met a lovely older woman, who, unknowingly, gave my head covering observations a new perspective. She introduced herself as Keppie and I inquired about the origin of her name. The word, Keppie, is an endearing Yiddish word for head. I grew up with my Bubbie (grandmother) patting or kissing the top of my head and saying, "Gutzundheit keppila," which translates as, health to your little head. When her loved ones said the phrase to her as a child, her little sister began calling her, "Keppie", and the name stuck.

In Israel, head coverings have a political and religious grouping connotation. You may not see a lot of 'black hat men' interacting with 'knitted kippah guys' or 'sheitels with hats' women interacting with women wearing baseball caps. The flowing and decorative do not often hang out with the starkly clad. In the hustle and bustle of foot traffic, as seen from a distant view, the mingling takes on a cooperative rhythm. As a Mork-like observer, with the experience of my keppie having been kissed, I can look at the keppies below, as sweet, little heads that are lovingly adorned.

Posted by Rivkah Lambert Adler at 11:41 AM 0 comments