What I Didn't Know To Expect

I knew my first labor experience would be painful, but I didn't know it would be so painful that I would feel as if I had transcended my own body and entered a different dimension.  When my oldest daughter was finally born, I remember thinking, "Why didn't anyone tell me it would feel like this?"

As the founding coordinator of the Baltimore Chug Aliyah, I have watched many people make aliyah over the past four years.  I thought I knew, more or less, what to expect from start to finish. Now that the news of our impending aliyah is out, I find myself experiencing emotions that I didn't know to anticipate. 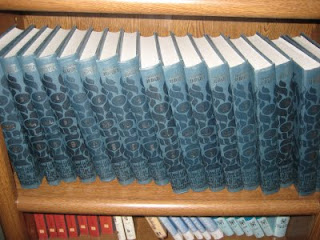 It started when we began talking about paring down our not-insubstantial collection of books.  With a rabbi, an educator and a few voracious readers in the house, we have a LOT of books.  So we told each other we would start by separating out those books that "didn't hurt."  If you love books, you know exactly what I mean. We started the process, but as each book is transferred from our hands to the hands of another reader, I get a funny feeling, like I'm not quite ready to let it go, even if I haven't cracked the book open in a decade or more. 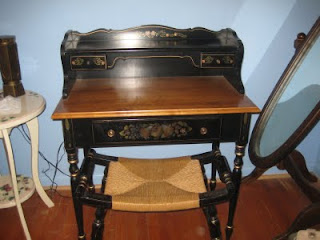 Then we had to take a hard look at our furniture, some of which was part of my childhood home and some of which I bought when I was a teenager with a JCPenney employee discount.  As I examined each piece in the decision-making process, it seemingly took on a mystique of its own, one I hadn't been aware of all those years it sat in the basement, unused.

Thirty five years ago, my father, A"H, bought me a beautiful, feminine writing desk.  I loved the desk, but as I got older, it played a smaller and smaller role in my home.  Alas, it was one of the pieces I was called upon to sacrifice in the quest to fit five decades worth of life into a small Israeli apartment.  A few prospective buyers came to see it.  One immediately rejected it because of a shallow scratch on the writing surface.  One offered me a pitifully low bid which I quickly declined.  Money being money, I did so more from sentiment than anything else.  Then a mother and her 7 year-old daughter came to see it, gushed over its beauty and specialness and I knew they were the right buyers. So even though, knowing the desk will no longer be mine, I have a twinge of something I cannot name, I am happy that another young girl will appreciate it, as I have over the years.

Last week, I went to close a bank account that I opened 25 years ago, just as my career began. The account had been more-or-less dormant for well over a decade, but there was a little cash there to add to our Aliyah Savings Fund.  Was I really feeling sentimental about a checking account?

Ahead of me in these next months lie dozens, if not hundreds, of these sorts of experiences.  I am extricating myself from five decades of life in America.  Unraveling decades-long business connections.  Sorting out the detritus of a lifetime.  Freeing myself from the tentacles of materialism and preparing myself to be open to my future.

Even though I have been dreaming of boarding that aliyah flight and living my life in Gd's Holy Land for years and years and years, ahead of me are any number of twinges and gut punches as I disentangle myself from a lifetime lived elsewhere.

I didn't know to expect that.

And yet, I know that even this is a bracha.  How many millions of Jews over the span of Jewish history have had the luxury of such a gradual parting from their sojourn outside the Land of Israel?

Hashem has truly blessed me.
Posted by Rivkah Lambert Adler at 6:00 PM

You're experiencing mesirat nefesh, sacrificing gashmiut for the sake of a spiritual goal. THAT takes courage. And a bit of heartache.

Making aliyah is HARD. You know that, you've heard it from other people. You could be excused for thinking that you want it more desperately than most, and that therefore there would be no downside or regrets or second thoughts. But most people who do it want it very badly, or none of them would be doing it. I'll tell you what someone told me, when I sat sobbing in JFK airport 18 years ago -- he said that the ones who sit in the airport and sob work it out, because they UNDERSTAND what they are doing. The ones who run onto the flight saying, "We're going to the Holy Land!" -- those are the people who come back after a year. You ARE an American, Rivkah. And you'll still be one when you get here, like it or not. But as much as you feel that Israel is your home -- and it is -- America is your home too. More than books and desks, you're leaving behind your culture and your personal history. It's normal to be torn about that. You SHOULD be torn.

Your post was timed quite well. I am returning to live in Israel after 20 years; I went to Israel at 16 years and stayed 20. I am closing down my home, and as you are doing, each night after work packing up my memories, putting aside pieces of furniture that came with my great grandmother to Canada 100 years ago, and the tears come. I know what waits for me in Israel, I have a home already, and some work, and the best friends, and yet I too am somewhat painfully disengaging from the home that has been my little haven in the world. But I also feel blessed that I am able to return,.
Esther Calgary to Jerusalem to Toronto to JM

As I read your post, I kept highlighting that one sentence I was going to quote back to you, to show you how well you were "getting it." I realized I was going to have to quote the entire last half of your essay.

Take ALL of the books. We brought 80 boxes of books with us, and my wife says that the only books she regrets are the ones she left behind.

One of the best pieces of advice that I was given when we made aliyah was to "expect the unexpected". I pass that along to you with the hope that the "unexpected" will always (or at least more often than not) be a pleasant surprise.