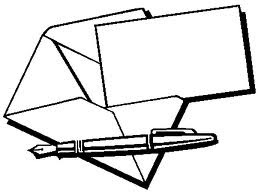 A few days ago, I got a very substantive comment on a previous post.  Since I don't know who the comment writer is, I can't answer her privately.  So I elevated my response to a full-fledged post, especially since she asked about one of my favorite topics.

Here was the comment:
FeistyFrummy said...
Hi Bat Aliyah! So I have a somewhat serious question to ask you. I know that it's ultimately my decision but I was wondering if you could shed some light on the subject. My parents have just made aliyah and I've been in Israel for the past two years learning. The first year I wasn't even slightly interested in making aliyah however the second year changed everything and I was convinced Israel was the only place for me. I am now in college in America where everything is easy again but as of this moment, I have come back to visit my parents for vacation... but I just can't picture myself living here anymore. I know it sounds like I just got all caught up in the comforts of American society but I don't know. I guess what I'm searching for is some chizuk. Got any to spare?


Yes, FeistyFrummy, I believe I have some chizuk to spare:-)  What follows is my entirely personal, idiosyncratic take on the aliyah decision.  I am neither mincing words nor editing myself for political correctness.  I feel that, by asking, you have given me permission to respond from my heart.


It has been my experience that all aliyah decisions can be divided into three main categories:
1) The religious imperative
2) The historical imperative
3) Something else

The religious imperative
For a Torah-observant Jew, always, but especially since 1948, the decision about where to live, where to settle, where to make one's life, is not one of personal preference (like, say, vanilla or chocolate).  Hashem has made it very, very clear where He wants us to be.  A few years ago, I wrote a post listing all the books in which this truth is self-evident..  Any of these books can make the case better than I can, but I especially recommend a reading (or a re-reading) of:


To Dwell In The Palace: Perspectives on Eretz Yisroel
by Tzvia Ehrlich-Klein
Feldheim Publishers
A thought-provoking collection of articles, addressed to religious Jews in the West concerning the mitzvah of aliyah. I first read To Dwell in the Palace when it was published in 1991 and I was still firmly enmeshed in my Diaspora Judaism. I've reread it many times since then, and it retains its power to move the soul. Do not miss the section called, "Things My Shaliach Never Told Me."


Eretz Yisrael in the Parashah: The Centrality of the Land of Israel in the Torah
by Moshe D. Lichtman
Devora Publishing
Why do so many Jews still choose to live in the Diaspora? To answer this question, the author analyzes every reference to Eretz Yisrael in the 54 Torah portions, demonstrates the overriding importance of Eretz Yisrael and encourages Diaspora Jews to at least consider making aliyah.


Talking About Eretz Yisrael: The Profound And Essential Meaning Of Making Aliyah
by Rabbi Pinchas Winston
This book is a forthright argument meant to encourage Torah-observant Jews to urgently consider making aliyah today.

Each of these books argues that there is a religious imperative to live in Israel.  Yes, there are religious people who believe that the religious imperative does not apply until Moshiach arrives.  To that, I answer with a quote from Rabbi Yisachar Shlomo Teichtal:
A person who refuses to take action, simply waiting for Mashiach to come and carry him off to Eretz Yisrael, shows that he does not believe in Mashiach at all.  His faith is only external, and it causes him to fool himself. - Eim HaBanim Semeichah, p. 473
The historical imperative
I have written about the historical imperative here and here and here.  In a nutshell, the historical imperative boils down to the observable reality that Jewish life in America is contracting.  Just this week, we heard the news that the religious high school where our children were enrolled when we lived in America is closing its doors at the end of the school year.  That's only one event, but it's symbolic of the direction in which Jewish life is headed outside of Israel.
Spiritually, it has been said that the Shechina, the feminine aspect of Hashem that is closest to us, has already departed and left the Jews outside of Israel bereft of spiritual protection.  We can clearly see how that might be so in the diminished size, influence and economic strength of the American Jewish community.
I believe, with all my heart, that the days of the American Jewish community are limited in number.  I can't say whether it's a matter of months or years, but I can say that it is completely legitimate to make one's decision about aliyah based, in part, on the fact that, like every single diaspora community in history, the American one will not last forever.
If you are a young person without ties, you ought to think very seriously about whether you want to tether yourself to a waning society or whether you want to put down your roots in the only place in the world where Jewish life is guaranteed to survive and prosper.
Something else
Not everyone makes aliyah for religious or historical reasons.  There are a myriad of other reasons - wanting to be part of the Jewish people even if one is not religious, economic opportunities, felafel, innovative hi-tech industry, Bamba, cultural opportunities, entrepreneurship, low-cost health care, etc. etc.
I'd like to close with a story.  About five years ago, my husband and I had guests in our sukkah.  Our guests were a couple who had moved to Israel after their wedding and came back to the US for a few years "to earn some money".  Twenty-five years later, having been sucked into the vortex, they were still in America.
FeistyFrummy, don't make that mistake!  The "comforts of American society" will not last.  Your future is here, in Israel, with your parents and the rest of Am Yisrael.
Don't join the losing team.
There's no future in it.


Looking forward to hearing from you again,
Bat Aliyah
Posted by Rivkah Lambert Adler at 6:41 PM

Little did "Feisty Frummie" know that she had found a major font of aliyah chizuk!

I did not hear about Rambam. Wow. Who woulda thunk? As you point out, the writing sure seems to be on the wall.

Another resource -- a young voice I'm particularly fond of, as he is my son -- can be found at Exiled Warrior. Here's a link to a post about aliyah (but he has many others): http://dovidsthoughts.blogspot.com/2011/01/are-we-missing-another-opportunity.html

PERFECT! All bases covered. Pity that the entire olam is not following through yet...

I don't understand why her parents sent her to America to study. That was a very bad move and horrendously expensive. It's like they didn't want her in Israel.

It is obvious that FeistyFrummy wants to come to Israel, otherwise there would have been no request for help.

You get used to the place where you live, no matter where it is. She cannot imagine living in Israel anymore because she lives in the US and things are just too easy over there.

If history teaches one thing, it is that it is time to get out of town when things are too easy for Jews. The US is going to fall apart under a mountain of debt and I know who is going to get blamed.

It is far easier to start in Israel and change your mind, then to start in the US and come to Israel later. The biggest mistake I ever made in my entire life was waiting so long to move to Israel.

Wow! I am so honored that you dedicated this entire post to me...and quite humbled, to say the least.

You definitely came through with the chizuk I requested I must say! It's funny, I wrote that post a few days ago and over the course of my time here in Israel, I realized something very important. The reason I was unhappy is because of something one of my seminary teachers told me a while back that I didn't understand until just now. He said, "In America, it is very hard to live without gashmiut; while in Israel, it is very hard to live without ruchniut." In America, I was following through with the materialism big time, but on my short visit to Israel, I neglected to fulfill my spiritual needs. That is, until yesterday, when I visited my old seminary and literally felt my neshama coming back to life. (I know. It's cheesy. But it's the truth.)

I'm not saying I'm definitely going to make aliyah because of this realization. However, now I see that I do have a shot at happiness in Israel. I just have to keep my ruchniut in check!

Thank you again for posting this. And I can't wait to check out some of the books you mentioned!

P.S. Batya, I chose to go back to the U.S. for personal reasons. Believe me, if my parents had it their way, I would have moved in a LONG time ago. ;)
And Movingonuptotheeastside, thanks for sticking up for me! It's true, I really do want to make aliyah. The question is if I want it badly enough and for the right reasons...

What a great blog to read when wondering about aliya. With Bat Aliya, there is no more wondering.

Why Israel? Because it is the only place a Jewish person is completely free just as anyone is in a place where they have a right to be there.

Because it is the only place a Jewish person is completely free just as anyone is in a place where they have a right to be there.

But have no idealism, just be tough and especially Americans: dump that American passport for until you do that, you will never understand what being an Israeli is.