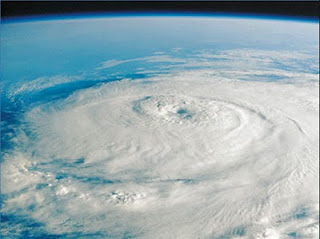 With violent anti-government protests happening in the streets of Algeria, Morocco, Libya, Yemen, Bahrain, Jordan, Iran, Tunisia, Egypt and who knows where else tomorrow, it's a fair question. After all, it's possible to see us as terribly vulnerable here in Israel.  The whole region seems to be on fire.  I'm not among those who hold much hope for any of these countries transitioning into democracies of any kind.  It's going to get uglier and scarier.
The truth is, if one never read a paper or went online, but simply lived in my neighborhood, it would be utterly impossible to tell that the region is in crisis.
However, I do read the paper and I do go online.  But I don't worry.  Because I already live in Israel.
To some of you, that might sound insane.  Or foolhardy at a minimum.
But I am comforted by the teachings of my rabbis who point out, over and over, that these times have been predicted in the Biblical books of prophecy.  When the world goes crazy, the safest place for a Jew to be is here in Israel.  Yes, it's counterintuitive, but nothing in Israel ever works according to the normal rules of nature or history.  So much so that a number of my rabbis in Israel are now urging Jews outside of Israel to come here very, very soon.
There seems to be little or no controversy over the assertion that we are in the period known as the End of Days.  Whether it will take weeks, months, years or decades to unfurl, I can't say.  Nor can I say for certain that I and my loved ones will come through this tumultuous time unscathed.  But I can say this much.
I believe, with all my heart and soul, that our best chances are here, right in the middle of the chaos. Right in the eye of the storm.
Posted by Rivkah Lambert Adler at 11:40 PM

I am also getting these questions from people NOT "in the know". For example, my non-Jewish uncle is "worried" about me. I told him, "I am in G-d's country. Where else am I going to go?"

That's the title I gave my A7 blog, because while everything swirls around us, we deal with ordinary life.

I feel exactly the same. The End of Days are here and I feel very happy, safe and secure.

The World is going up in flames around us (figuratively) and at this point, it is a mathematical certainty, that the West will collapse.

Regardless of whether I live or die, where else would I rather be?