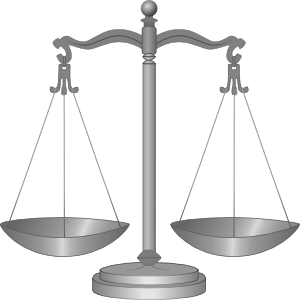 Before I started caring about Israel, I was truly the most apolitical person you could imagine. I didn't know, or care to know, much of what the rest of the world calls Current Events. I had no strong opinions about anything in the realm of politics or history. It wasn't worth debating with me because I had nothing to bring to the table. I didn't know and I didn't care.

This, of course, changed the moment I started investing myself in Israel. I am still not a political person, but I do know a lot more about what's going on in the world as it relates to Israel.

And I have many strong opinions.

Though they have political implications, my opinions are spiritual ones, based on traditional Jewish teachings about the relationship between the Jewish people and the Land of Israel, on prophecies recorded in the Torah and on my fervent belief that we are in the tumultuous period of history preceding the long-awaited Redemption of the Jewish people.

Although, like most of us, I tend to surround myself with people who share my political-spiritual perspective, the last few weeks have put me directly in the path of people who see the world very differently.

Looking for a certain kind of wallet on eBay, I wrote to the American manufacturer of a style I liked to ask if he would ship it to me in Israel. After some time had passed, I received the following response:

I am opposed to the Israeli Occupation and support the Boycott, Divestment, and Sanctions campaign against the apartheid regime that is wreaking havoc in the lives of the Palestinians.

With that said, if you want to buy my product I will sell it to you and the purchase price will be donated to ANERA (American Near East Refugee Aid).

In other words, this eBay seller has decided that Israel is the enemy of peace and the oppressors of the Palestinians and if I, as an Israeli citizen, buy his product, he will donate my money to my enemies.

The second example is the recent news story about a group of Muslims who bought a $1 million property in the middle of the Jewish community in Baltimore, not a mile from our old house, to use as a mosque. The story profiles this particular group of Muslims as being moderate and non-violent. Their self-proclaimed motto is,“Love for all, hatred for none.”

The politically-correct response of the Jewish community was to warmly welcome them in a spirit of peace and improved Muslim-Jewish relations.

Now this particular group of 40 Muslim families may be the most gentle and peace-loving people on the face of the earth, which certainly seems to be as the article portrays them. But the fact that there will now be a mosque in the heart of the Jewish community does not seem to faze my former neighbors. They do not see this purchase, as I do, as a first domino in an eventual Islamization of Baltimore, as it has been happening in Europe and other parts of the US, including Washington, DC, just south of Baltimore.

The third example of being brought-face-to-face with people who see the world very differently is an op-ed from the NY Times that was written by three liberal Israelis and declared, by someone in the Old County whom I have known for over 20 years, a person who possesses an extraordinarily powerful intellect coupled with precise verbal acuity, as being "sane, rational, humane". The article calls for Israel to engage in "constructive unilateralism", meaning Israel would:

1. declare that it is willing to return to negotiations anytime and that it has no claims of sovereignty on areas east of the existing security barrier

2. end all settlement construction east of the security barrier and in Arab neighborhoods of Jerusalem.

3. create a plan to help 100,000 settlers [including my family, by the way] who live east of the barrier to relocate within Israel’s recognized borders.

And, Israel should do these things "regardless of whether Palestinian leaders have agreed to accept it."

Of course, to me, and to people who think like me, this proposal is about as preposterous, insane, irrational and inhumane as any other that starts from the premise that a two-state solution is the answer to the conflict in this region.

Now I know that it's not unusual for friends to have differing, even stridently opposed, political opinions. But when the stakes are so high, it's agonizingly painful to be so diametrically opposed to the thinking of old friends.

Frankly, it's a lot more comfortable to surround myself with like-minded people.

The challenge before me is to learn to balance vehement disagreement over matters of life and death for my Israeli family and fellow citizens with retaining esteem for liberal Americans who espouse well-intentioned, though, from my perspective, deeply misguided, opinions about this region.

It's a balancing act with which I wish I had more experience.

Very nice post, Rivkah. It is the struggle we face as we try our best to remain civilized in our behavior toward others, even as our insides are screaming "WHAT THE HELL IS THE MATTER WITH YOUR BRAIN???"

Last night I attended another in a series of Hasbara classes, given by the excellent Michael Lawrence. ("I want you to understand about the Arab Spring, and why the Arabs are all revolting. [Pause.] Well, they're not ALL revolting...)

One thing he mentioned that I kind of knew already, but had refused to process, is that a significant segment of the Left (and this includes many Jews, of course) no longer wants us to return to the pre-67 borders. They really want us to forfeit any claim to ALL of Israel.

That is a very scary thought, but one for which we need be prepared.

I have had that happen to me from time to time too and I don’t always know how to respond especially when its extended family members back in the USA who don't see the world the same way I do - Did you reply to the ebay seller? if yes I would love to know what you said.

I appreciate your dilemma and looking at the situation with sensitivity but without losing your objectivity.

If jews are supposed to abandon the USA and move to israel as you preach all the time, at the very least they should sell the land to some goy who is willing to pay for it, and recover their money's worth.

So, did you buy the wallet :)
Here's some fun...repsond that you'll buy it but will be donating twice the selling price to Stand With Israel or Nefesh b'Nefesh!!! Or ask him to check the provenance of his computer's components. Might find himself in a sticky situation with his "commitment" to BDS BS!