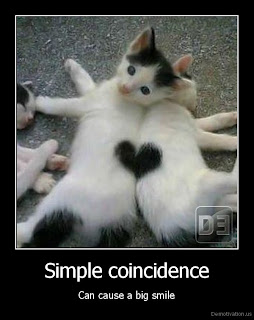 Is It Odd or Is It G-D?
Guest Post by Joan Kristall
Is it bold to say that living in Eretz Yisroel (the Land of Israel) has elevated my soul? Do I view my day, interactions, connections and good fortune through a lens of the remarkable and miraculous? Have I been open to shift my thinking about events that occur; not just as happenstance, but as occurrences that are particularly designed for me? Do I feel a renewed clarity about my life's purpose? Have I felt the support and presence of loved ones long gone from this earth? Do the challenges and imperfections I experience make more sense?

Simply, I would say.....yes. My dear son, Rafi, once asked me if I ever feel my life coming together; the dots all connecting; things seeming to make sense? Although, often fleeting, when I can sense the flow, it's a great feeling. Since we arrived here, seven months ago, in a Holy place; in a Holy land, my eyes have been open to view life's daily rhythm from an awesome perspective.
Avrum and I have been enormously blessed to both be working in fields we are passionate about. Only in Israel, would Avrum be asked, by his perspective employer, the (Hebrew) names of his parents, who have been deceased for over 30 years. We thought it was unusual, but, we chalked it up to some kind of Israeli bureaucracy. Once he was hired, he inquired why he was asked for that information. Not only was it standard operating procedure to check references from his previous employers, but the organization gave his parents' names to a makubal (Jewish mystic/Kabbalist), who, promptly advised them to "hire this man!" I suppose good genes don't hurt in any country.
The incredible list goes on and on of 'coincidences' that are just too unbelievable to be logical.
Previously, I wrote about my father's (of blessed memory) dear friend, who, 'just so happened', to show up at a Purim gathering, hosted by mutual friends. Since I did not know him personally, we discovered, through conversation, that I am the daughter of his friend from many years ago. During the festive meal we shared, I could feel my dad's presence.
Mom's essence shows up in the lives of cousins, who I have only recently met. All of them, originally Americans, ventured here, for various ideological and uniquely personal reasons. We are all the great, great-great or great-great-great grandchildren of Yehuda Leib and Marusha (Mervis) Tatelman, two simple Jews, who raised 10 children in Lithuania. All, but one, settled and raised families in America and, here we are, their descendants, relocating again in Israel. We have all been the richer for our 'chance' meeting. Continuing traditions that began long ago in some shetl, we now share in simchas (joyous occasions), Shabbat and the tales of each others' lives.
Discovering 'serendipitous' events, I wonder if there is much more to their fortunate, yet 'accidental' occurences.
Was it 'good luck' that my cell phone was found by a hebrew speaking yeshiva student, who just 'so happened' to 'randomly' call a woman that I was to see the following day, who speaks fluent hebrew?
Was it by 'accident' that I found a perfectly good lamp shade in a field on the same day that the lamp shade in my guest room unraveled and couldn't be used?
Is it a 'fluke', that when I missed my bus stop and traveled clear out of my way, I was tapped on the shoulder by a gentle voice saying, "Aunt Joan!" It was my great-neice, Naomi, who got on the 'wrong' bus and spotted me.
Is it 'odd' that we were invited to a couple's house for Shabbos and the husband is originally from Halifax, Nova Scotia, a city we lived in during the late '70s? We exchanged stories and caught up on families we knew so long ago. This couple made aliyah from Cleveland and the man's generousity and kindness connected Avrum with potential donors on his recent trip to that community. 'Small world' or something much greater?
A number of months ago, I dreamed about a woman I first met when she was 12. The dream of her and her family was vivid and memorable. When I woke up, I recalled that she made aliyah. I searched for her phone number and now this 50-something year old woman and I have happily reconnected. It has been a marvelous reunion! 'Curious'?
Just the other day, I 'bumped' into a friend from Baltimore, who may be launching a new endeavor and sought out my thoughts. I believe I was helpful to him and he left with new ideas and suggested contacts. Was I meant to stroll down that street at that particular time or was it simply a 'random' and 'lucky', 'chance' meeting?
I will close with a connection that creates a bridge between my grateful life in Baltimore and my treasured life in Israel. The landlord of our apartment is a lovely gentleman, who actually was born in Chicago, but has lived his life, from infancy, in Israel. His mother is an author of children's books and we had a collection of her stories in our Baltimore home; our children actually grew up with her beautiful writings. I was able to share the pleasure of reading them, to her son, in our beautiful apartment, that he now rents to us. Who would have thought; who would have imagined?
Shabbat Shalom,
joan
Posted by Rivkah Lambert Adler at 2:34 PM

The Shalhevet Pass neighborhood in Hevron was destroyed on August 7th, 2007. A day later the first tornado in recorded history of record keeping by the National Weather Service hit Brooklyn, New York. It was an F-2 tornado, not horrible big, but big enough to give the largest Jewish community outside Israel a scare. Here is the link: http://yearsofawe.blogspot.co.il/2007/08/tornado-in-brooklyn.html

This past Shabbat Brooklyn and Queens, NY were hit with two tornadoes within hours of each other, one in Brooklyn and one in Queens. This is now Brooklyn's third tornado in recorded history. And lo and behold, earlier this week, Migron was completely forcibly vacated by the Erev Rav establishment here. Again the largest Jewish community outside of EY was given another scare...twice. Is this odd, or is this G-d??

WHY do you live in Israel with a erev rav government? Tell me the reason to come to Israel?

Yes, living amongst these pathetic lowlifes in charge of the so called Supreme Court is beyond the ability of many to stand. I happen to be one of them too. But we have a mitzvah at the end of days to be part of the process of destroying the Erev Rav. How this war will take place in the very near future is still a hidden matter. But we all must take part in destroying the Erev Rav in Eretz Yisrael. Believe it or not they also lead the Jewish world in the Diaspora. But the war to destroy them will not take place in Flatbush or Borough Park. It will take place right here. So come armed with a Tehillim and an aluminum baseball bat. Who knows which one you will need.