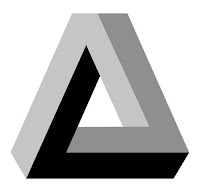 When I wrote about the yin and yang of making aliyah, I left something out.  There is really a third indivisible side to the decision, and the experience, of extracting oneself from life in the diaspora.

One needs to consider the logistics of the decision - where to live, how to earn money, where to educate one's children, etc.  That's where a lot of people get stalled.

If one is a Torah Jew, one also needs to consider all the things that Hashem has said about the spiritual superiority of living in Israel.  I recently joined a listserv whose whole purpose is to send out daily messages about loving and living in Israel.  There is no shortage of inspirational material about the pull of Eretz Yisrael on the Jewish soul.  One family I know recently spent hours looking at YouTube videos of religious life in Israel with their kids to get everyone on board their nascent aliyah decision.

But there's a third consideration, one that gets louder with each passing day.

Last Friday, my husband participated in a rally for Israel that took place on a street corner in downtown Baltimore. At the rally, a woman turned and asked him a bone-chilling question. "For how much longer do you think Jews will be free to stand and hold an Israeli flag in the streets of America?"

When Yaakov overheard Lavan's sons speaking disparagingly about him, he hightailed it out of Padan Aram back to Israel immediately, because he understood that Gd's presence had left and he was no longer protected.

The Jews of America appear to not be so insightful.  The shocking words of Helen Thomas ought to be enough to wake up American Jews.

And that's the third consideration.
Posted by Rivkah Lambert Adler at 11:20 PM