It's Safer for Jews in America 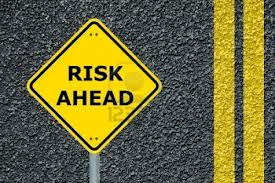 Life is inherently risky. And I'm often asked by American Jews how I can feel safer in Israel than in the US. After all, in America, no one is openly and actively trying to annihilate Jews for the crime of being Jews. In fact, Jews are being murdered much more frequently in Israel than in the US. So it's looking much safer for a Jew to be in America.

I totally understand why it looks that way.

But there are two crucial factors for which I believe those who think we're in more danger here in Israel have not accounted.

First, in Israel, we understand who our enemies are and we have the means to defend ourselves. This is not true of most American Jews who argue that they are perfectly safe there.
The majority of American Jews either don't see and/or don't acknowledge the many forces (e.g., economic stress that often turns antisemitic, the rapid spreading of Muslim fundamentalism in the US, a president who represents the two historic enemies of the Jewish people and the loss of the protection of the Shechina) that are already in motion. Further, if, Gd-forbid, things turn bad for the Jews in the US, they will have no way to defend themselves. Ironically, when they begin to think of escape, they will naturally think of escaping to Israel where they know they will be welcomed and protected.

Second, HaShem protects Israel from our enemies, as evidenced by the continuing growth of this tiny country in the midst of 22 enemy nations. Jews in America have no such Divine protection. I worry about individual Jews here being harmed by our enemies. Of course I do! But I have zero worries about the Jewish people being annihilated here. I acknowledge that, during the Crusades, for example, it was safer for Jews to live outside of Israel. But now, so close to the geula? Impossible.

As Rabbi Pinchas Winston writes in his book Survival Guide for the End of Days:


"Think about it. If you were God, and the goal was to validate the reality of God in the eyes of the world, and the Divinity of Torah to all those who question it, would you protect the Jews of Eretz Yisroel from their enemies, or allow them to be devoured by them? Would you abandon your children who have made sacrifices to live on your land, and spare the ones who have distanced themselves from it?"

In the end, I'm not so worried for the Jews of Israel. It's the future of my loved ones and the rest of the Jews in the US that I really fear.

my husband likes to quote the pasuk from Devarim that the eyes of G-d are on Eretz Yisrael from the beginning of the year till the end of the year. he says, that is to protect the Jews not only from our enemies, but also from our stupid "leaders" who want to negotiate with our enemies.

also, statistically, the number of deaths from violent crime relative to population (e.g. per million citizens) is higher in the US than in Israel, even if we include terror attacks.

America is killing Jews with love. On the whole, Jews of all sorts are more apt to marry non-Jews in America. Out of four siblings, my two brothers married non-Jews and my sister married a non practicing Jew.

No, It's safer for Jews where the majority are Jewish, whatever their stripes.

Is it safer in the USA? Here is an exert from Caroline Glick's recent article:Why bother being Jewish?


Outside of the Orthodox Jewish community, intermarriage rates have reached 71 percent. Thirty-two percent of Jews born since 1980 and 22% of Jews overall do not describe themselves as Jews by religion. They base their Jewish identity on ancestry, ethnicity or culture.

the complete article can be read here: http://www.carolineglick.com/e/2013/10/why-bother-being-jewish.php