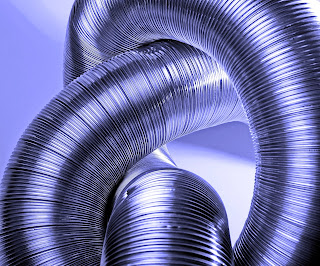 Gender has become a knotty problem, at least in the West. News, entertainment and social media outlets are full of stories about people who identify as transgender, gender-fluid, non-binary, genderqueer, agender, gendervoid. By some published accounts, there are now as many as 60 or 70 terms to describe gender expression.

Email signature files announcing a person's preferred pronouns are becoming increasingly common, even in corporate settings. There is a related, shocking social trend, documented by Wall Street Journal writer Abigail Shrier in her book Irreversible Damage: The Transgender Craze Seducing Our Daughters of unprecedented numbers adolescent girls and young women declaring that they have gender dysphoria. 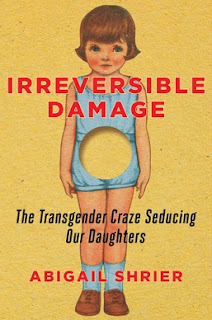 In the Orthodox Jewish community, another wrinkle in this gender confusion appears in the ridiculously offensive erasure of women in all public spaces. I watched a new Tisha B'Av video whose central message is the importance of unity among all Jews... and not a single woman appeared in hours of footage. The irony of calling for Jewish unity while erasing half the Jewish population is staggering.

There is a prophecy in Yermiyahu (Jeremiah) that promises that geula (redemption) will restore the power of feminine spiritual energy and will bring a major upgrade to the stature and dignity of women. The prophecy is found in Jeremiah 31:21:

“For the Lord has created something new on the earth, a woman shall go after a man.”

The last three Hebrew words of this verse are “nekeva tisovev gever”. These words have been variously translated as: a woman will encircle a man, a woman shall go after a man and/or a woman will court a man. In all cases, something new and positive will happen with the status of women at the time of the final redemption.

Chaim David Targan, a Tzfat-based kabbalistic healer and mystic who works to help bring the redemption, explained that prophecy of “nekeva tisovev gever” does not mean a battle between the sexes.

“‘Nekeva tisovev gever’ does not mean that women will dominate men. It means that the feminine energy, which has been repressed since Adam HaRishon (the Biblical Adam) will surface again as a full partner. This refers to both women specifically, but also to the feminine energy in men themselves.”

Eventually, explained Targan, the spiritual energy of women will be a crucial aspect of geula.

“Women have always been closer to Hashem’s perfected will, but the more aggressive, dominant energy of the masculine has dominated history.  Male energy is about doing. Female energy is more about being – which is a higher level.

"In the pre-geula world, our focus has been achievement – doing mitzvahs and building a better world. In the times of Moshiach, the focus, as we all know, is to know Hashem. This is more a state of being (i.e. feminine) after the perfected action-oriented life (i.e. masculine) of the pre-geula world."

There is a well-known story from the Talmud (Chulin 60b) that, at the beginning of Creation, God created the sun and the moon the same size. The moon, as it were, objected to the wisdom of this decision, saying, "Two kings cannot share the same crown." God, as it were, acknowledged the correctness of the moon's argument and, in response, reduced the size and radiance of the moon.

The moon represents women and the sun represents men. We therefore can conclude that men and women were originally created equal but that feminine spiritual energy was diminished in some way. The Moon's Lost Light: A Deeper Torah Perspective on Geula and Feminine Equality by Devorah Fastag elaborates on the spiritual significance of this contraction. 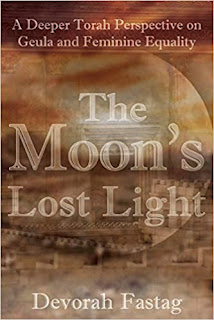 In our days, the most significant point is that, as we get closer and closer to full-blown geula, there is a shift happening in the balance between masculine and feminine spiritual energy.

It's my contention that the gender confusion we are witnessing is the tumah or klipah (the impure spiritual forces) side of this shift toward the strengthening and the increasing influence of the feminine. People are responding to what's happening in the shifting balance on a spiritual plane without consciously knowing what's driving their behavior. They are responding to something, but not in a healthy way.

Further, I suspect that the escalating erasure of women is driven by the same dynamic - an unconscious push back against the strengthening of the feminine in the spiritual realm.

If my contention is correct, it doesn't change all the painful things we're seeing and experiencing, but it does give it context. It does help us understand the fact that the whole world is befuddled about gender identity and expression is not a random occurrence but is, in fact, very much related to geula.

It will take increasing Messianic light to show the world how to cope, in a mature and spiritually healthy way, with what they unconsciously and intuitively sense, but do not understand.

Until then, we wait, and watch as the world becomes ever more snarled up over questions of gender.

Interesting analysis. You are right: it may not solve the problem, but context helps. May we share brighter and less confusing days!

My daughter (16) is struggling with this. Has been since she was 11. It doesn’t help that her hormones are all over the place, which are family issues. 😕. Thank you for sharing your thoughts on this.

We were redeemed from Egypt because of the righteous women. Perhaps it is the women who will bring the ultimate geula, as well.

I don’t have a source, maybe some else does, but I believe this is what The Rebbe had in mind when he allowed women to increase and expand their learning of Torah sources. If I remember correctly, the Rebbe indicated that women would develop their rightful place in the dynamic and this would be in the final days, even causing ........ with man.

This is a mind-blowing book.

In Breshis 1:27-28 it says Hashem created man in His image and "He blessed them." The next sentence 1:28 starts "Male and female He created them."
First, I think it's incredible that the first humans were blessed by Hashem...doesn't that also extend to all of us? Then, right after it says they were created in H's image and "blessed" by Him... the very next sentence says "male and female He created them." Isn't this emphasizing the crucial importance of the distinction between male and female and that this distinction is literally connected to Hashem's blessing of Adam and Chava?