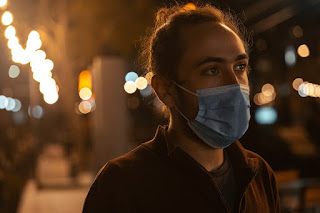 Lately, when someone asks, "How are you?" I often reply that I don't know how to answer that question. I'm not being flippant. I'm expressing the fact that, these days, I feel like I'm simultaneously living in two levels of reality.

On one level, despite some minor inconveniences and daily, cringe-inducing news updates, I am well. The Facebook Watch algorithm feeds me a steady diet of videos about people with truly mind-boggling health challenges and I thank God every moment that I have none of these. There is no end to the blessings Hashem has bestowed upon me.

On another level, in some inchoate manner, I feel like I am watching the world fall apart. And that, naturally, leads me to thoughts of redemption.

A few weeks ago, I put some thoughts together and gave a talk about seeing current events through a geula lens. And I keep thinking about one of the points that I made.

In order to prepare ourselves for the arrival of Moshiach, which will be a more spiritual form of leadership than we have ever experienced, we have to bring an end to our reliance on anything that is not Hashem. This includes the government, the medical system, the education system, the media and even daas Torah.

COVID has proven to be an excellent tool for decreasing reliance on every one of these systems of authority. This becomes ever more clear, as they continually deliver a string of lies, censorship and manipulations. If you're feeling bewildered, it's because you're being lied to.

Think about how the rules change so often that ordinary, law-abiding citizens cannot figure out how to work within them.

Think about how the mainstream media tells one story and the alternative media has a completely different narrative.

Think about how polarized we are, how we have been divided, how impossible it is to talk to anyone who doesn't share your opinion.

Think of how much is in perpetual flux.

That makes it easier to understand why sometimes I feel like I'm walking through glue. 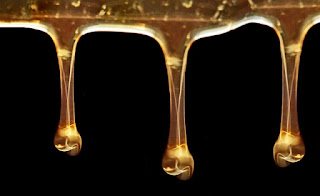 Paradoxically, if I can stay focused, I recall that evil intensifies before redemption. There are three main reasons for this.

First, we are taught that, toward the end of the final exile, God will hide His Face even more. Recall that labor pains are the most intense just before delivery. In the spiritual world, the increase in evil is a sign that evil is about to give way to the redemption that is waiting to emerge.

Second, when evil increases so much that it’s easy to see, this is good news - because many people will identify it for what it is. Having recognized it, they will abandon evil and turn to good. This is the rectification of the sin of Adam in Gan Eden when evil was joined with good. Now, at the End of Days, good and evil must be once again separated. Third, when people contend with evil, they become stronger. Think of the evil as a counterweight that forces people to exert effort to overcome it.

In a talk called “Why There is Darkness Before The End?”, Rabbi Mendel Kessin taught:

“The world’s envelopment in darkness means that the struggle is greater and so the potential reward, the merit is greater. Truth is concealed and yet one still struggles to do a mitzvah, to have emuna—faith, bitachon—trust in G-d? In an environment where most have abandoned G-d, the one who prevails has great merit. The reward is so great, it can 'fill up the amount of tikkun left (to do).'"

The challenges are meant to push us to do teshuva - to come closer to Hashem in preparation for the era of the leadership of Moshiach.

Further, we are meant to lose faith in anything that isn't Hashem. That means that all human institutions have to fail us. It's part of the plan.

The more we strengthen ourselves spiritually during this time of darkness, the more we are doing to prepare for the world of Moshiach and the greater will be our personal reward - davka because it's hard!

Don’t get too wrapped up in the news cycle. See the revelation of evil for what it is – the beginning of the end.

Superb--the beautiful paradoxical nature of today's contention with evil, the reward and joy ahead!

This really is a beautiful piece of writing. And it cuts to the chase. A statement like this really makes a difference.

Excellent, Rivkah. Clear, concise, cutting through the confusion and chaos. Thank you for saying it so succinctly.

Thank you for putting current events in perspective. It is so easy to become overwhelmed. Encouraging.

Excellent and deep column. Thank you.

Excellent, especially elements that I would not have seen written elsewhere...hang on .. it's bumpy...we can make it though!!!

Thank you for this!

Thank you for this!

Wow, amazing as a christian I believe this too.

I remember learning many years ago that as the end comes, hold on and don't lose faith, which is what you are saying.
Thanks, nice.

Can you please explain why you included daat Torah in the list of who we cannot rely on?

For those who have asked about my inclusion of daas Torah in the list of those upon which we cannot rely, the main point is we are supposed to rely only on Hashem. It's very difficult right now to discern what is emet, and that includes the fact that not everything rabbis today are saying is emet. You can't automatically assume that because a rabbi said it, it's daas Torah. One can't automatically rely on it just because a rabbi said it, even a rabbi you have relied on in the past.