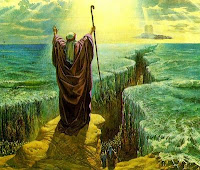 We live in serious times. There are multiple simultaneous threats to the Jewish people. We are fighting a defensive war in Gaza against Hamas’ eight years of unprovoked missile attacks on innocent Israelis. By the time you read this, another front may have opened in Northern Israel, God-forbid.

We must defend ourselves against the irrational hostility of international opinion that seemingly blames Israel for every evil in the region.

The reincarnation of Amalek, Haman and Hitler is prancing around on the world stage in the guise of Mahmoud Ahmadinejad, clearly stating his intention to nuke Israel off the face of the earth.

In America and, especially on the Internet, anti-Semitism is escalating.

Our newspapers are filled with stories of a worldwide economic crisis and Jewish names are on the front page.

Just weeks ago, we faced the cold-blooded murders of holy, and wholly innocent, Jews in Mumbai.

The odds seem very much stacked against us as a people.

And it is exactly now, when things look so bleak, that we are called upon to express our faith in a God who can, in an instant, take us from such darkness into the light.

When the Israelites left Egypt under miraculous circumstances, they thought they had escaped their Egyptian slave masters forever. And then, at the shore of the Red Sea, Pharaoh and his army approached from behind. There was no escape. Threatened on all sides, there was absolutely nowhere to turn. It is in this context, when things looked like they could get no worse, that we read:

Moses said to the people: “Do not fear! Stand still and see the salvation of Hashem, which He will accomplish for you today... Hashem will do battle for you and you shall remain silent.” (Exodus 14:13-4)

We are accustomed to look to the economists, to the politicians, to the army, to the media, to many human agents for some way out of this mess in which we find ourselves today. But the problems keep getting bigger and the solutions are not to be found in human hands.

We are living in the midst of a drama that God has scripted and is playing out before our eyes. And, like any good piece of theatre, the higher the level of dramatic tension, the more spectacular the climax.

This understanding does not free us from the obligation to act on a human level. We must don uniforms and fight wars. We must feed the hungry and bury the dead. We must give charity and care for those who suffer.

The Israelites had no chance of escape at the shore of the Red Sea. So they cried out to God and God split the sea for them.

Connect the dots. There are no human solutions for all our troubles. The time has come for each of us to yearn for the Final Redemption.

"Do not fear! Stand still and see the salvation of Hashem.”
Posted by Rivkah Lambert Adler at 9:34 AM 1 comments