In 4th grade, my girlfriend Laurie told me I don't have a Jewish nose. She hinted that I must have had a nose job. I hinted that she must be nuts to think a 10 year-old would have cosmetic surgery for such a thing. That was the closest I ever came to anyone questioning my Judaism.

I was born a Jew, but it didn't become relevant until  decades later.

Chasdei Hashem, thanks to the many blessings Gd has bestowed upon me, I live today as a religious Jew in Israel. True, I had a ladder to climb to get to this point and there were trials along the way. But, except for Laurie, I never had anyone question my Judaism. I never had to prove my right to reclaim the heritage of my ancestors.

It's 2002. I am living in the US and working for an Israeli institution. I don't yet know how dreams of aliyah will come to inhabit my every waking moment.

I get an email from a stranger. I cannot tell from the name if this stranger is a man or a woman. The stranger, who turned out to be a man, told me about his people - the Igbo of Nigeria. As a result of British colonialism in the 19th century, the majority of Igbo are Christians. Of the 20 million or so Igbos still in Nigeria, most believe they are descended from the ancient Israelites. His group includes 5,000-7,000 people who left Christianity and are actively living a halachic Jewish lifestyle. The State of Israel has not yet officially recognized the Igbo Jews as one of the Ten Lost Tribes, but they continue to practice Judaism as best they can. 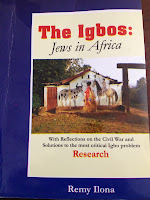 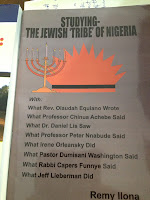 My original correspondent, Remy Ilona, an attorney and community activist in Nigeria and himself a member of the Igbo Jewish community, has been researching the numerous connections between Igbo practice and Judaism. He recently sent me two publications that reflect his momentous life's work - connecting the Igbo Jews with the rest of the Jewish people.

In private correspondence, Remy told me about naming his daughter Aliya. He spoke of the nearly universal desire of the Igbo Jews to be recognized as Jews in Israel and how "many Igbo Jews would love to perform aliya as a religious duty."

It's 2006. I am visiting Israel for the 8th, 10th, 12th time. I lost count. Again through email, I connect with a woman named Yaffah Batya daCosta. Yaffah tells me she was a lapsed Catholic from Texas, actually descended from those Jews who were forced to convert to Christianity in 15th century Spain and Portugal. As a result of being able to document her matrilineal line, Yaffah underwent a return ceremony, not a conversion, and rejoined the Jewish people. Her case is rare.

Yaffah taught me the word anusim (much preferred over marrano) and told me there are millions of Bnei Anusim (descendants of the original forced converts) in the world today. Should they all return to the Jewish people, we would grow far beyond our current size.

Earlier this summer, we had a house guest who came to us as a stranger and is now a valued friend. He is a member of the Bnei Anusim, living in a place where there is simply no option for a halachic conversion. In order to rejoin the Jewish people in Israel, he and his wife are facing a multi-step process - undergo a non-halachic conversion, make aliyah, live among religious Jews for at least a year and then begin their formal studies for a second conversion according to Jewish law.

From another friend, I learned about the connections among Rastafarians, reggae and Judaism.

A final example. Seven months ago, I got a Facebook request from someone living in the southwestern US. Raised as a devout Catholic, he gradually came to understand that he is actually a Jew. Now he's struggling with two major challenges - giving up his belief in Jesus and bringing his family along on his journey toward a Torah-true life.

It can't be coincidental that so many people all over the world are longing to be a Jew like me. I have no idea why Hashem keeps directing them my way, but I firmly believe that it is connected to the proximity of the redemption of the Jewish people.

I scan the ranks of my unquestionably halachically Jewish family and friends and I recognize many individuals, all of whom I love, living as if Judaism is among the least relevant aspect of their identities. And then I think of the brave and searching souls I have known over the years whose pining to be recognized as part of Am Yisrael is so desperate, they are willing to turn their very lives upside down.

If you'll forgive a feeble sports analogy, I imagine that, in this time before the geula, Hashem is busy choosing who will be on His team for the Final Games. 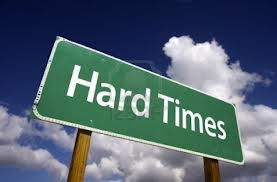 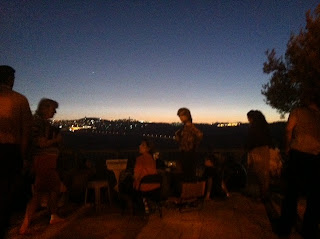 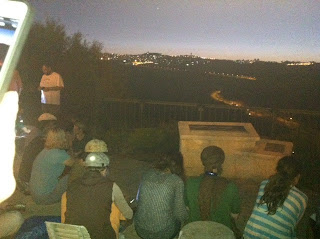 
Posted by Rivkah Lambert Adler at 10:29 AM 3 comments