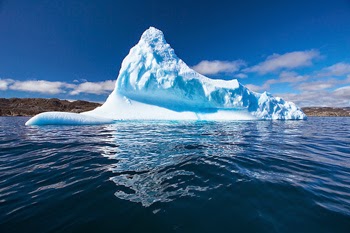 For weeks now, I've been trying to come to a place of peace regarding a sensitive issue that erupted close to home. I've been racking my brain, trying to understand how an otherwise relatively progressive community can accept what appears to me to be a reactionary position. And I'm trying to find a way to judge all parties favorably.

The fundamentals of the backstory are quite simple. The issue concerns whether or not women may be invited to teach Torah to a mixed audience on the night of Shavuot. One rabbi ruled that she may, but only in the first time slot of the all-night learning. One rabbi ruled that she may not teach in the shul itself but may teach in an auxiliary location.

In both cases, we have to appreciate that neither rabbi ruled that a woman teaching Torah to both men and women is forbidden according to Jewish law. If that were the case, they would not permit it at all. So we have to look more closely at the conditions imposed.

Women are permitted to teach, but only at a certain time, or only in a certain location. Why might that be?

In both cases, the reason given was the same. These time and place restrictions were placed upon women teaching Torah because a man might not want to listen to a shiur given by a woman, even though it is halachically permissible. (In fact, shiurim are taught in this community by women at other times of the year.)

Take away all the rhetoric and you're left with this central point: the "right" of a man whose personal standard is to avoid attending shiurim taught by women is the most single important consideration for the night of Shavuot.

How so? In the first case, a woman is permitted to teach, but only in the first time slot. The rationale? This way, a man who does not want to hear or see a woman giving a shiur may come to the all-night learning sessions an hour later, after she has finished.

In the second case, where a woman is not permitted to teach in the shul at all, but only in an auxiliary location, a man who wishes to avoid hearing or seeing a woman teach Torah can easily do so by staying in the shul and avoiding the upper floor. The shul itself remains femalerein.

Again, in the event that there is a man who prefers not to listen to a woman teach Torah, his "right" to a learning environment free of women teachers trumps all other concerns. This is the ruling, despite the fact that there are simultaneous shiurim being taught in multiple locations in the neighborhood, affording everyone the ability to switch among locations to attend the shiurim they most wish to attend.

It makes the gender of the teacher's body, rather than her level of scholarship, or her skill in transmitting Torah, the most important criterion.

It makes the dignity of women scholars less important than the "right" of a man to avoid what is halachically permissible, if his personal preference dictates otherwise.

Lacking the correctly gendered body, these conditions make it impossible for any woman, regardless of her level of Torah scholarship, even Nechama Leibowitz a"h, the revered teacher who passed away in 1997 after a lifetime of renewing a love of the Bible for many thousands of men and women, to be issued a dignified, unconditional invitation to teach in these locations on Shavuot night.

Admittedly, there are communities where it's unheard of for women to teach to a mixed audience. And there are women teachers who would consider doing so immodest. I am not speaking here of these communities, nor am I addressing myself to women who hold this perspective.

It is my contention that the rabbis who made these rulings are neither fools nor intentionally misogynist. Rather, they are operating from a deep, wholly unconscious place of male-centered Judaism. Such a mindset is rampant in halachic thinking. Witness these three textual examples, out of dozens, if not hundreds, that reinforce the categorization of woman as other.

Alas, the male-centered, unconscious Jewish misogyny is a fact of life in the not-yet redeemed world in which we live. This unconsciousness causes otherwise decent men to build shuls where women have to walk past dumpsters to enter the building through a side or back door while men walk through the main entrance. It causes otherwise honorable men to speak and write as if all Jews are men. It causes otherwise virtuous men to behave as if they own every Sefer Torah and have the power to decide if and when a woman may see it, kiss it, hold it or dance with it on Simchat Torah.

And it causes rabbis to prioritize the "right" of men to not attend a shiur taught by a woman over the dignity of women scholars and Torah teachers in the community.

Like the portion of an iceberg submerged underwater, it may well be wholly unconscious.

I spend a lot of (too much) time in my home office. So when DH had a chance to go to Jerusalem on Thursday to eat sushi with a friend who had a coupon for a new sushi place in the shuk, I went along, even though I don't like sushi. Sometimes, it's all about the chavaya - the experience.

We sat at an outdoor table right near the Iraqui shuk. Across from us was some kind of club house for old Israeli men. Inside, there was a bit of friendly gambling going on. Outside, sitting in mismatched chairs that had seen brighter days, was a cavalcade of retired Israelis. The setting was, ahem... quite the opposite of glamorous.  Tucked away in a hidden corner of the shuk where tourists don't venture, it was like looking at a scene in Israel, circa 1955. A most humble setting, an aura of bonhomie and an afternoon of pleasant diversions.


It was an altogether satisfying afternoon playing hooky in Jerusalem.