What She Brought Back With Her 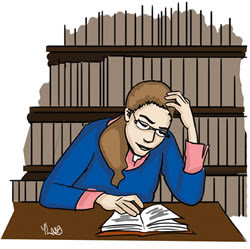 Like a lot of religious Zionist families in the Diaspora, we sent our daughter to spend the year after her high school graduation learning Torah in Israel. A few months into her year in Israel, she let us know that she saw no future for herself in America and wanted to move to Israel permanently.

This exact conclusion, which makes so much sense in the context of a yeshiva or seminary lifestyle, strikes fear into the hearts of most American Jewish parents who, more often than not, insist that their child return to America to "finish their education". Some children, inspired by their year or two in Israel, do make it back after they graduate from college.

But most get sucked into the vortex of Jewish life in the Diaspora.

I didn't want that to happen to my daughter. We supported her decision and proceeded to spend the next six months trying to find a viable framework in which a 19 year-old religious girl making aliyah without her family, could spend the next year.

In the six days she's been back, I already see the essence of Israel diminishing in her, a gradual puffing out, like a flame that cannot sustain itself in the absence of oxygen.

I miss the spiritual intensity that she lived in for the past nine months, the culture that supported her in reaching out to God and reaching in to understand her own neshama better. I miss the emphasis on growing as a Jew that her life had. I miss her commitment to regular prayer and Torah learning, which is already dwindling in the spiritually-thin American atmosphere.

It's not all gone, not yet. She'll say something that will remind me that, of course the world looks like that to her. She just spend a year in a rarefied, protected environment where everything was carefully crafted to help her grow.

But I know that, like soil lacking sufficient nutrients to sustain a particular kind of plant, America cannot sustain that level of spiritual achievement. It just can't. And I feel like a parent who cannot provide the proper nutrition for her child.

I don't want to live 6,000 miles away from my first-born child. But I don't want her to become spiritually dry and sapless in America either. It's bad enough I'm withering away here.

So all this monitoring of our relative spiritual strengths leaves me pining for Israel. I want to plug myself in to the Main Transformer.

But its more than that. I'm watching what's going on politically and I'm starting to feel a bit more chafing. Every day, I wait for the other shoe to drop. Will we American Jews see anything resembling anti-Jewish legislation? Something like Kristallnacht? And if we see it, will we recognize it? I know there are many who believe that America is different and that nothing like that could ever happen here.

The one thing that is certainly true is that, as the last large extant Jewish diaspora community, America has a major role to play in Yemot haMoshiach. Whether it is as ultimately as friend or foe to the Jews that remain in her borders remains to be seen.

But not by my first daughter.

With God's help, she'll already be living b'aretz.
Posted by Rivkah Lambert Adler at 4:36 AM 1 comments

Does God Care Where We Live?

This week’s Torah reading comes just before the famous incident of the Biblical spies. The Jewish people have already received the Torah and our journey to the Promised Land continues. In next week’s parsha, the Biblical spies will return with an evil report about Israel and, as a result, the journey that was supposed to be completed in days will be delayed by 40 years.

But none of that has happened yet when we enter the story in Parshat Beha’alotcha. In anticipation of entering the Promised Land very soon, God explained to Moshe what needs to be done when God will indicate that He wants the Jewish people to journey to their next destination. At this point, the Jewish people are three days’ distance away from Israel.
“They traveled from the Mountain of Hashem a distance of three days ...” (10:33)

A huge group of people covering physical distance three times faster than usual is certainly a miracle. Since the Talmud teaches that God performs miracles only when absolutely necessary, we can reasonably conclude that it was very important for God to get the Jewish people to Israel as quickly as possible. It was important enough that God altered natural law to make it possible to cover three times the normal distance in a single day.

This is one of the many miracles we see, both in the Torah and in everyday life, that argue in support of God having a very definite preference about where Jews should live. Where else do we see these miracles express themselves?

The entire Sefer Yehoshua (Book of Joshua) details many miracles that God did for the Jewish people at the time of our actual entry into the Promised Land, 40 years later. For example, just as God parted the sea when the Israelite slaves were freed from Egypt, so God parted the Yarden (Jordan River) when the Jewish people finally crossed into the Land of Israel. Once we were already across the Yarden and in the Land of Israel, we had to face the 70 nations who lived in the Land. In Sefer Yehoshua, there are countless examples of miracles and victories in battle that we experienced because God was with us.

The history of the modern State of Israel is replete with military miracles. The restoration of Jewish dominion over the Land of Israel in 1948 and the Jewish victory in the War of Independence, for example, are widely considered miracles, particularly when we consider their proximity to the end of the Holocaust.

The Six Day War in 1967 is another famous example. The Israeli Defense Forces were outnumbered by four combined Arab armies nearly 2-to-1. According to all the military analysts at the time, the battle was wildly lopsided and the Israelis were expected to be decimated. Yet, at the end of the war six days later, Israel controlled three times the territory it had controlled before the war, including ancient Jewish sites that had been closed to Jews under Arab authority. There’s plenty more. Google “miracles Israel” and you’ll get close to 3,000,000 results.

Today, travel to Israel from virtually anywhere in the world is possible in less than a day’s time. The State of Israel offers free airfare and many other financial incentives to Jews who wish to return Home. Despite being surrounded by many hostile Arab nations, the modern State of Israel thrives and grows.

God is clearly protecting the Promised Land. He’s protecting it for us. So we always have a place to call Home.
Posted by Rivkah Lambert Adler at 4:31 AM 0 comments