And Yet, I Am Not The Same 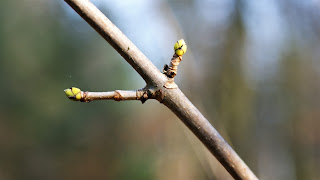 Once, after I had been in bed for many days, sick with what turned out to be an ordinary bug from which I fully recovered, I needed to attend to an important errand.

Just being out in the world was a bit of a shock to my system after having spent the past 10 days lying alone on my mattress. Suddenly, I was surrounded by people, by noise, by the many by-products of human endeavor.

And that's how I feel today, as Israel unfolds itself from the COVID restrictions with which we have been living since March 2020.

I've started to attend in-person Torah lectures. I went to shul last Friday night for the first time in a very long time. I made theater reservations and bought tickets to a community fundraising event. I've begun hosting Shabbat guests and thinking about going to see a movie with my husband. I'm excited to see which of our favorite restaurants survived. We've gone swimming and made reservations for a quick birthday trip up north.

Just last night, I told my husband how amazing it feels to have things to write on the family calendar, things to look forward to.

It's like Hashem pressed a huge red reset button and the world, much of which we have been holding at bay, is rushing back in.

In April, I left the work I had been doing since 2014 to take on new projects. I am learning (and teaching) a lot more about the inner aspects of Torah. I am (finally!) meeting new people. I am eating better quality food and I am trying (truly I am) to overcome my natural night owl tendencies.

A successful day now is one in which I've been able to help someone else. I am directing my energy toward preparing myself for redemption more than ever. I avoid posting controversial opinions on social media and routinely unfriend or block people who spew negative energy into cyberspace.

I'm working on my emuna all the time, looking for God's Hand in world events and focusing on the big picture, endeavoring not to get preoccupied with the details.

As I emerge from the torpid months of COVID, I feel like new growth on an old vine.

Posted by Rivkah Lambert Adler at 11:41 AM 4 comments

My Other Birthday Is Today 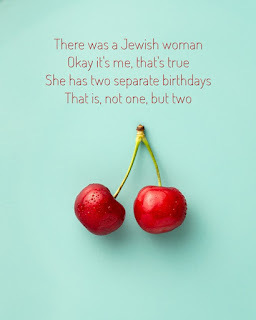 That's as true a fact about me as there is.

And yet, a bit more than 30 years ago, when I was taking those early steps toward discovering my Jewish identity, I learned that I have another birthday.

It was during the Jewish Festival in Baltimore, a community event that used to be held at the end of every summer. There was a Chabad booth where they were giving out Hebrew calendars for the new year that was starting on Rosh Hashana. And if you told them the month, day (even time of day) and year you were born, they would circle your birthday on the Hebrew calendar.

That's when I learned that besides being born on June 29, I was also born on the 23rd day of the Hebrew month of Sivan.

In some vague way, I've known that fact for the past 30-odd years. Since making aliyah, I've met many people who celebrate on their Hebrew birthdays, but I could barely remember mine, let alone notice where it fell on the Gregorian calendar.

Suddenly, 23 Sivan looms large. It's the day that the Ten Tribes were cut off from Jerusalem by Yeravam (Jeroboam), the first king of the northern Kingdom of Israel and it's the exact day that Haman's decree to wipe out the Jews in ancient Persia, was nullified.

23 Sivan is a day with tremendous spiritual power. On this day, we are encouraged to pray and ask God to annul any and all harsh decrees that exist against us.

According to Rabbi Alon Anava, there are a number of specific actions that we can take to change our mazal on this day. So if your life is absolutely perfect, you don't need to do a thing.

But if there are situations you'd like to change, here are some spiritual actions you can take before sunset TODAY that will allow you to put the power and spiritual energy of the day to work for you.

God knows, we need it.

So happy birthday to me. There is a Jewish tradition that we have a special power to bless others on our birthday. My blessing for all of us is that we rapidly see the demise of evil and disunity in the world and that we soon witness the coming of Moshiach ben David with our physical eyes.

Now I'm off to pray.