A message from Bat Aliyah: This is a very special guest post, written by my daughter, Ariella Mendlowitz. It's strong medicine.

For those of you who don’t know me, I typically am someone who keeps her political opinions off social media. Why? Because people who want to believe that Israel is an oppressor and Gaza is the victim are not people looking for information. Rather they are looking for more and more ways to criticize the Jews, to show the world that we are evil, money grabbers who want nothing more than to dominate non-Jews and we start by oppressing the weakest of the weak in our immediate vicinity. I know the truth, my immediate circle knows the truth, and most important: G-d knows the truth. So why waste my time?

When it comes to aliyah, I have a similar approach: people living outside of Israel, in my opinion, have every right to live where they so choose. There is no reason they should be forced to live in a country where they don’t speak the language, where the culture is so strongly contrasted against the one they know, where even the cuisine is of a different flavor (literally).

Just because I chose to make Israel my home nearly 5 years ago doesn’t necessarily mean it’s the right place for everyone and I respect that. But my motto has always been: you should at least have in your heart the yearning to be in the Holy Land that Hashem promised to our ancestors thousands of years ago. If you do not choose to live here at this moment, never forget that, as a Jew, this is truly where you belong. The truth is that every Jew does belong here. But there is no point in me harping on you to make one of the biggest decisions to uproot yourself and your family from your friends, your memories, your comforts and come to an unfamiliar country. The important thing is I know the truth, my immediate circle knows the truth, and most important: G-d knows the truth. So why waste my time?

This is how I felt.

Until June 12th, when three of our boys (Eyal Yifrach, Naftali Fraenkel and Gil-Ad Shaer) whose names are forever imprinted in our minds, were kidnapped while waiting for a ride home for Shabbat. For three weeks, Jews around the world saw all kinds of unity: challah baking, concerts, rallies, endless acts of chessed, taking on new mitzvot and more! All in the merit that our boys should be found quickly, alive and unharmed. Then on June 30th (while I was in the middle of hosting a sheva brachot for a friend of mine), we got the shocking news that the boys had been found-dead, in a field. And all evidence pointed to the truth: that they had been killed within minutes of their capture and that all of our mitzvot, all our tefillot, all our hard work was for naught.

Shortly after their burial, when the Jewish world was still pumped with unity, doing whatever it could to help the mourning families, several radical Jewish boys allegedly brutally murdered an Arab kid, an act which was condemned nationwide, and especially by the Prime Minister himself, and was an embarrassment to Jews worldwide. What followed was absolutely unbearable: riots broke out in countless neighborhoods in Jerusalem, light rail stations were destroyed, Molotov cocktails and burning tires were thrown at police forces. Roads were closed down as a result, buses were not allowed to travel past a certain point, the light rail was out of service, preventing entry even to Jewish neighborhoods in the area.

With the riots came the rocket fire, more powerful and ruthless than ever. Cities miles away from Gaza, including where I live, started hearing the blaring siren, causing everyone to run in a panic to the nearest shelter, waiting for Iron Dome to take out the threat.

And then, the Operation began. First with the Air Force, taking out as many Hamas targets as it could, including tunnels, terrorist homes, weapon arsenals. We began an endless barrage of missiles, intending to destroy the terrorist infrastructure Hamas has spent the last nine years building up, since the land was emptied of Jewish presence in 2005. Only a few days later, the decision was made to invade Gaza on foot. The mission was no longer to simply restore a temporary peace, but to completely raze Hamas to the ground, removing every single missile launcher, discovering endless collections of guns and rockets (which would have been used to kill Jews) and destroying tunnels used for weapon smuggling or sneaking into Israel underground.

The mission has been in operation for three weeks with massive success on Israel’s part. To date, 30-40% of Hamas weapons have been discovered, over 240 terrorists have been killed, dozens of terror tunnels have been destroyed, and a mass attack which was planned for this coming Rosh Hashana was thwarted with the arrest of over 150 Hamas “employees” who confessed to the true reasons behind the tunnels. Yes, this has come at a price. We have lost over 40 of our brothers and several civilians. But it is undeniable that we are at a crucial moment in history, one which may see the very end of radical terrorism in the Gaza strip. This should be cause for endless celebration!

And yet… with the conflict in the Middle East at a perpetual high for the last six weeks, the world is in utter chaos. Let me correct that: the Jewish world is in utter chaos. Over the last month and a half alone there have been nearly 20 anti-Semitic acts around the world (not including the United States or Canada). These include incidents such as:
I’ve only chosen to write several of the incidents I read about that happened since the abduction of our boys. There are dozens more in 2014 alone, which you can read about here.

To my readers in Canada and America, I’m pretty sure right now you’re thinking, “Well, what do you expect? Europe has always had anti-Semites performing outrageous acts. Of course that kind of stuff happens there. But the Land of the Free, where the freedom to practice religion is a right? Nah, we’re safe. Canada, where our Prime Minister has vocalized unequivocal support for Israel? It’ll never happen here.”

It is finally time to voice the feeling I have been repressing for years now. Dear Jews in Canada and America, WAKE UP AND GET OUT FROM THE ROCK YOU ARE LIVING UNDER!!!

History repeats itself, over and over and over again. We have been kicked out of every single host country we have ever lived in: Italy, France, England, Switzerland, Netherlands, Prague, Austria, Kiev, Vienna, Russia, Germany, Poland and more! Some of them have expelled us more than once! Each and every time, the Jews thought: this time we’ll be safe; this time we have high positions in the government; this time we are friendly with our non-Jewish neighbors; surely it cannot happen in this day and age.

Well guess what? It IS happening in "this-day-and-age"! 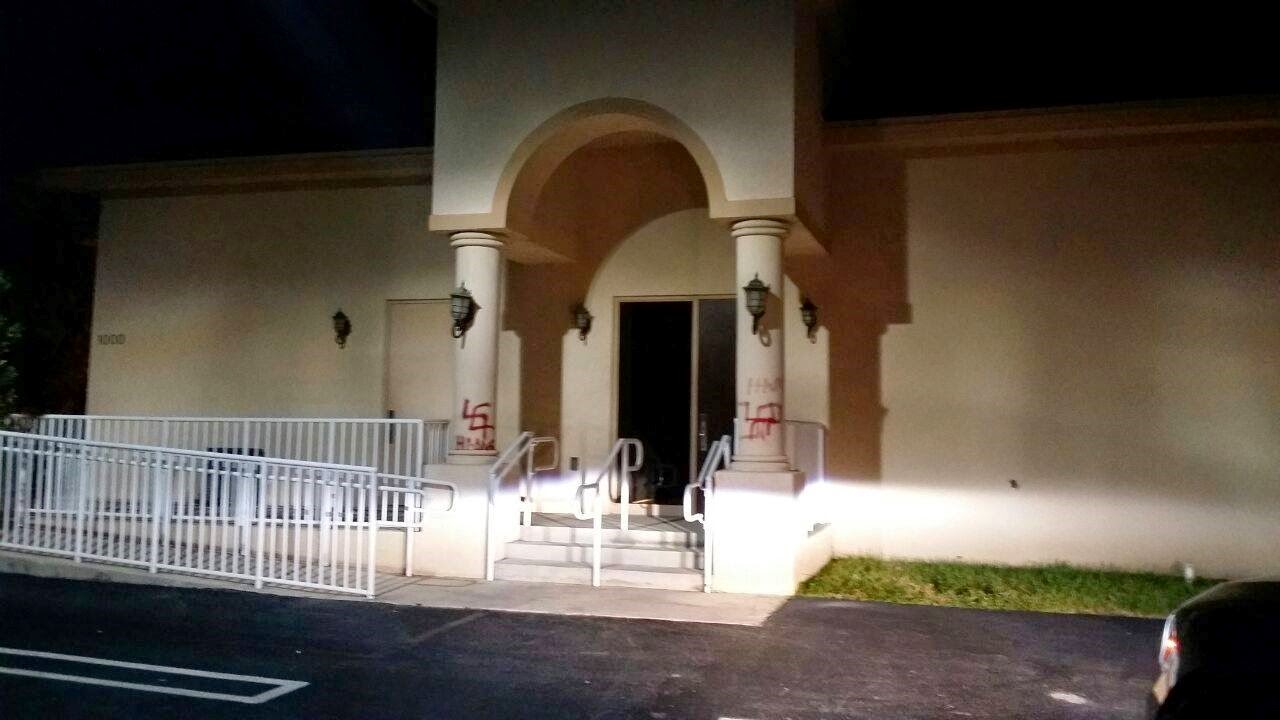 Antisemitism is showing its ugly face once again, this time under the mask of anti-Zionism. When Israeli flags are burned in the middle of Toronto at an anti-Israel protest and you think “Oh, they’re only anti-Israel, not anti-Jews,” I have a newsflash for you: it is a very, very thin line.

With the position of President of the United States now filled by the most anti-Israel leader American politics has ever seen, with the countless anti-Semitic acts happening almost daily around the globe, including comments made on YouTube or Facebook, with the world shaking with the fear of the takeover of Radical Islam, it is so clear that something truly big is happening.

Why did I open this post describing in detail the reality those of us in Israel are facing today?

Because despite every rocket, despite every unknown tunnel, despite the fact that we are surrounded by our enemies on every border, Israel is THE safest place in the world for Jews. You may say I’m crazy, but I believe with unshakeable confidence that I am in the best place for any Jew to be at this time in history.

I will end with this: if you live in the West, if you think you are safe from any form of antisemitism that has plagued Europe for centuries, think again my friend. You were never meant to live outside of Israel.

If you think there is anywhere in the world is safer than Israel, if you are putting your roots in America, if you are establishing yourself in Canada, you are in for a very, very rude awakening.

And if, for whatever reason, my comments fill you with anger, if I have caused you to react with outrage at my claims, then I urge you, before writing or commenting, to take a long, hard look at the facts and then tell me: are you truly angry at me or are you too blind to see what is right in front of you?
Posted by Rivkah Lambert Adler at 11:08 AM 7 comments