We Are Surely Being Tested 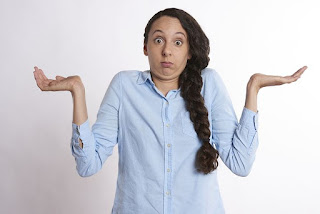 This is much bigger than any one issue. But here is a small sampling of recent issues in which this dynamic is playing out.

A yeshiva school bus in Williamsburg, NY that has covered windows so the students shouldn't see anything happening on the street on their way to school. 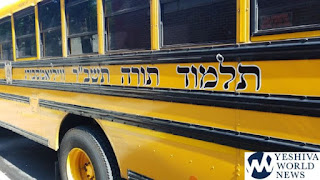 An elementary school in Lakewood that requires girls to line up to have the length of their hair measured to ensure it fits the arbitrary rule someone made up. 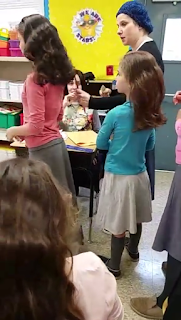 Jewish women and girls wearing burkas, completely covering their entire bodies, including hands and faces, on the streets of Israel.

An IKEA catalog with absolutely no pictures of women. By design. 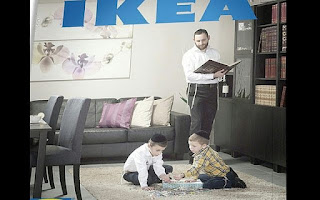 Every single time a new development appears, the arguments are the same.

Some people are horrified by what new rules/practices/restrictions are being imposed in the name of tzniut*.

"This is not Judaism! This is not Torah!" they decry. "This is exactly the sort of thing that drives young people away from Judaism!"

And the counter reaction, totally predictable, is always "Who are we to judge!?" or "It's not your community. Why do you care?" and my personal favorite, "How dare you cause a chillul Hashem** by judging them?"

Personally, I fall on the side of being horrified by what is being sold as an attempt to increase holiness. But this is not really about my personal opinion. I'm trying to make a larger point here.

Clearly, the Orthodox Jewish community is working something out. And it isn't pretty to watch.

There is a fundamental split between outlooks. Are these new stringencies good for the Jews? Do they make us more pious and closer to God? Do they show how much we value holiness and what we're willing to sacrifice for it?

Or are these new stringencies not good for the Jews? Do they take us away from the essence of Torah? Are they merely a reflection of an obsession with men separating themselves from women?

Further, do we have a right to rebuke other Jews when we feel they have lost their way? Are we obligated to speak up when we think a core Torah value is being perverted?

Or is it a higher value to live and let live, especially when one is not being required to comply?

One thing is certain. We are surely being tested.

And frankly, I don't think we're earning such a good grade.

---
*generally translated as modesty, but actually more nuanced than that. Tzniut, in its fuller sense, is related to the spiritual practice of not calling attention to oneself and not being overly concerned with externality.

** a desecration of God's name