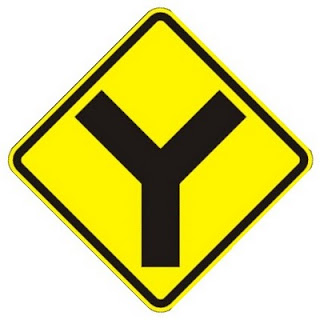 Lately, I have been having a certain aliyah-related conversation with a lot of people. By definition, the people with whom I am talking are feeling the struggle, which puts them way ahead of the masses of American Jews who aren't even in the question.  The conversation is always about the struggle people feel over whether or not to make aliyah.

To some extent, they feel the pull of The Land.  On some level, they know that Jews belong in Israel and not in Baltimore or Brooklyn or LA.  And maybe, they even feel the historical tug of being a Jew alive in the first decades after Jewish dominion over the Land of Israel has been restored, and the responsibility that confers on us to return Home and live with Gd.

But they are scared.  So they focus on the barriers.  Mostly, it's economic.  Sometimes it's a concern for their children and how they will adjust.  Less often, there are elderly parents to care for.

And here is what I want to say to them.

Do you imagine that only independently wealthy, single, childless orphans make aliyah?  Who doesn't have any barriers to making aliyah?

Take our case.  My husband is, bli ayin hara, a very successful pulpit rabbi with a long term contract in a strong and stable congregation.  He will never be able to work as a pulpit rabbi in Israel.  Making aliyah means he has to walk away from his career, his passion and his life's work of over two decades and he has to reinvent himself.  Will he be successful?  We can't know in advance.

I have always earned my living in language-intensive careers, but I barely speak Hebrew, despite years of study. We both have aging parents.  And we are taking a teenage daughter with us.  We won't be able to afford our life insurance premiums anymore.  Talk about barriers.  Talk about risks.

I'm enumerating these very real circumstances because most people have them.  Or some permutation of them.  For some, such circumstances are mountains, over which they cannot climb.

What's the alternative?  Stay put in a foreign culture, where I believe with all my heart and soul that I don't belong, and put all my chips on the possibility that my life will continue as it has been going?  Every day presents new risks.  A hundred things could dramatically change the contours of my life in a heartbeat.  A bad diagnosis, Gd-forbid.  An earthquake or other natural disaster.  A layoff.  A stock market crash.  The arrival of Moshiach.  The decision to stay only makes sense if I assume that everything will remain the same.  But who can guarantee that?  Life changes.  That's life.

And why would I think making aliyah is supposed to be easy?  For whom is it easy?  Who is not at least somewhat conflicted?  Who goes without leaving someONE, or someTHING, precious behind?  Betcha most of the people who will read these words in Israel made aliyah with some measure of conflict themselves.

I'm not saying that the concerns people have aren't legitimate.  I'm just saying that the decision to make aliyah has a non-rational, metaphysical, spiritual element that has to be accounted for.  If you leave Gd out of the cheshbon and only count the rational, economic factors, you might as well move to Kentucky, since Kentucky enjoys one of the lowest costs of living in the US.  But if Gd is a factor in the calculus, then it becomes much clearer.  At least to me.

I became religious close to 25 years ago.  It wasn't a rational decision then either.  It was a decision to follow Gd.

Beautifully said.
I hope our friends hear you.
So looking forward to your arrival!!!!!
By the way- I have a feeling your family will all do well here in your newly invented selves!!!

Excellent from-the-heart post Rivkah! Aliyah isn't easy, but being a Jew in a non-Jewish country isn't either. The difference is that after a few years of adjustment (maybe sooner), life in the Holy Land will become normal and beautiful beyond your wildest dreams. Your lives will have a deeper meaning and connection to G-d.

People have a tendency to cling to their comfort zones even when those places are no longer safe - I'm glad you've decided to come home for good.

May Hash-m bless you and your family with an easy klitah and shalom bayit!

"the decision to make aliyah has a non-rational, metaphysical, spiritual element that has to be accounted for." EXACTLY. You couldn't have said this any better.

You go girl......We can't wait to have you here where the scale has already tipped to more Jews in Israel than outside Israel. Blessings to you for an easy klita. Love, Sandra

A truly excellent post. And a good kick in the shins for those of us still working on it. Thanks for the prodding.

Wow! You said this so beautifully! And with a lot of love and hope and respect (and truth). What we all want our loved ones, family, friends, community outside of Israel to know and hear...Waiting to welcome you home.