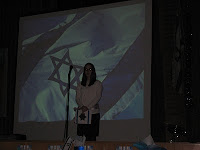 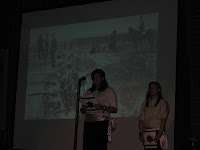 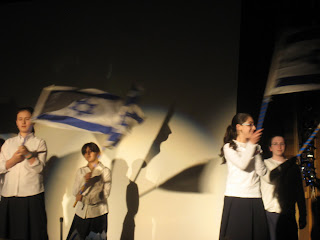 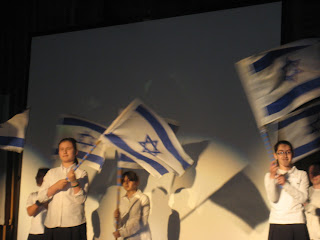 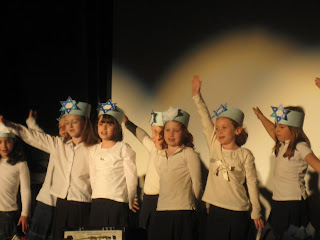 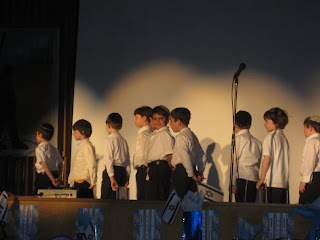 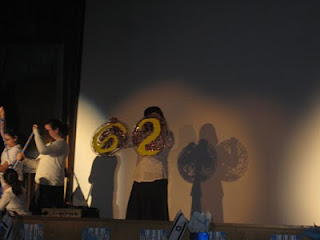 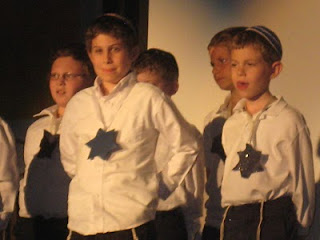 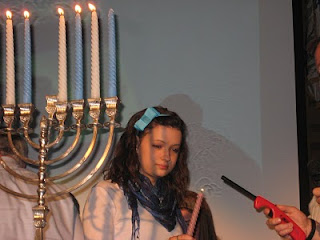 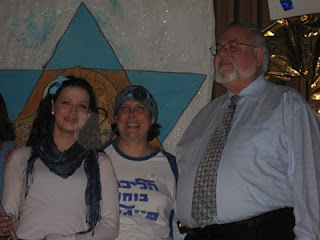 It was an impressive group of singles and families, most with 4 or 5 children, up there, all off to meet our destinies in Israel.  Yeshivat Rambam did a lot to bring the feelings of Yom HaZikaron and Yom HaAtzmaut to Baltimore.  Clearly, hours and hours of effort, coordination, creativity and spirit went into the evening. I applaud the effort.  But in the end, honoring these uniquely Israeli days 6,000 miles away cannot match the feelings these days engender in their natural habitat.  No matter how hard the programmers worked to capture them, we are simply too far removed from the real thing to experience the fullness of these days while sitting in Baltimore.
In the end, it was yom, yom, far from home.
Posted by Rivkah Lambert Adler at 7:33 PM

...and I was there too!!
taking pictures of you all
What can I say- it thrills me to pieces that you are nearly here!!

I was there taking pictures !!
Until I went HOME.
So looking forward to your arrive B"H