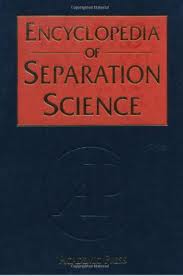 The cover story of this week's Baltimore Jewish Times is about whether younger Jews still care about Israel.  The story, or as much of it as I was able to read without feeling sick to my stomach, highlights the difference between the way Israel looks to the majority of American Jews and the way it looks to the majority of people who have made, or who are in the process of making, aliyah.

It's as if we're talking about two different places.

The cover story, written by Alan Feiler, opens like this:

In his article, Alan Feiler's interviewees make the case that, with so much bad news coming out of Israel, how could any thinking person not view Israel as a failure?  Indeed, the headlines for the first two interviews are "Seems Like A Lost Cause" and "Israel Had Such Potential".  Feiler's article includes interviews with four liberal Jews in Baltimore, so I'm not terribly surprised that their viewpoints are so radically different from mine, but it does seem that, over time, those of us here and those of us there have grown further and further away from each other.

We spent this past Shabbat with a former Baltimore family now living on a yishuv in the Shomron.  To them, it's clear that Jewish life in Israel is far superior to life in America.  And, indeed, we saw ample evidence of the good life there. A close-knit community, a thriving Bnei Akiva chapter celebrating Chodesh Irgun with enormous enthusiasm, a large, comfortable, affordable home and, most importantly, a sense of purpose, a sense of making a difference to the Jewish People by living in Israel.

The Torah that I learn, the subset of Torah to which I am magnetically drawn, speaks of the specialness of this time in history.  We are living in the Ikvei d'moshiach, in the time of the footfalls of Redemption.  My rabbis here constantly exhort Jews to leave the Diaspora before it's too late.  They remind us over and over that the heart of the Jewish people is here in Israel. That Jewish history moves forward from here, not from the Diaspora. That there is no future for the Jewish people outside of Israel.  In summation, that any serious Jew who isn't here or isn't making plans to get here as soon as possible is missing the boat.

Every day, I hear from people who are thrilled to be here and who are trying to get the people they love to move to Israel. I see a steady stream of Jews who are coming, sometimes astonishingly quickly, sometimes after years of pining and planning and preparing.  And I am joyful each time because every aliyah simultaneously strengthens the Jewish people and weakens Jewish life in the Diaspora.

At the same time, there are a whole lot of Jews of all kinds who don't (yet) feel the magnetic pull of Jewish history urging them to come Home, who don't agree that staying in America is short-sighted, who are perfectly comfortable with the Jewish lives they have there.  A lot of the people I love are in this category.

Along with a lot of olim who have been here awhile, it's a bit scary for me to realize how quickly we are growing further and further away from each other.  Our worldviews are so divergent, for many of us who are Israelo-centric, it's getting harder and harder to find common ground with people we love who don't live with Israel in the center of their lives.

I know it's true. And it makes me feel uneasy.  I haven't a clue what to do with the growing sense of discomfort.

I guess you could say I'm experiencing separation anxiety.
Posted by Rivkah Lambert Adler at 10:13 PM

I think I am glad I cannot get the Jewish Times on line!! Feiler's stuff sounds totally negative.
I also find myself moving further and further away from those in the States whom I sill care for...we have little to nothing in common any more.
My separation anxiety kicks in when I have to be out of Israel for any reason at all....and I cannot stand to be in the States! I do not belong there, maybe never did...but for sure I do not belong there now!!!