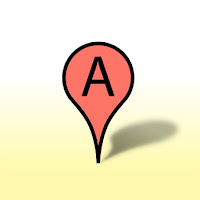 I'm writing from the midst of a difficult week.  My husband is on his first trip to the US since we made aliyah and I am home with the girls.  In a normal week, that would be easy to manage, but this has been anything but a normal week.  Medical issues, bureaucratic issues, emotional and financial issues are all on high alert in our home.  I have no idea why so many things have come raining down on us all at once, but I do have a very strong sense of having transitioned in a major way to living my "real life" here in Israel.

My thoughts frequently turn to Hashem to ask for help managing the multiple challenges with which my family is being faced.

And I remind myself to be grateful for the fact that, no matter how much pressure gets heaped upon us, we are here.

Over Shabbat, I had a conversation with two lovely young women from North America who are here for the year, studying at a decidedly non-Tzioni seminary.  We were debating whether, in the absence of the Third Holy Temple, it is an obligation in Jewish law to live in Israel.

In truth, there is debate on this point in the rabbinic literature, primarily because the Rambam (Maimonides) did not explicitly list living in Israel as one of the 613 mitzvot.  The RambaN (Nachmanides), asserts that the Rambam made a mistake by not explicitly listing aliyah as a positive commandment in Sefer HaMitzvot.  The RambaN does consider living here as a binding commandment for every observant Jew, for all time.  In his commentary on parshat Achrei Mot, the RambaN teaches, "that the fundamental aim of all the Torah precepts is to see the whole of Israel dwelling in the Land."

Indeed, it's possible to argue, based on other teachings, such as the idea that if a husband wants to make aliyah and his wife does not, he may divorce her and she forfeits the protection of her ketubah, that the Rambam essentially agrees.

Why then, might he have chosen not to explicitly list aliyah as one of the 613 mitzvot?  I can think of several reasons.

Perhaps he felt it was so fundamental a concept that it didn't need to be articulated.  Perhaps he took for granted that the necessity to live in Israel would be clear to his readers.

To my mind, it's more likely that Hashem wanted us to get the spiritual reward for figuring it out.

Rabbi Yehudah He-Hasid traveled through Poland urging aliyah and finally came to Eretz Yisrael with hundreds of followers in 1700.  The Chatam Sofer sent Jews to Eretz Yisrael in 1799, urging his followers to take concrete measures to help bring about the Redemption.  The Vilna Gaon sent several waves of students to settle here in 1808-10.  These are just a few examples of rabbinic support for aliyah.

All before the establishment of the Third Holy Temple.  And all way before May 14, 1948.  Does Hashem returning dominion over Eretz Yisrael to the Jewish people through the hands of the nations of the world change the halachic obligation?


Very few Torah Jews would argue against the idea that living together in Israel is the ultimate destiny of the Jewish people, but some argue that it isn't required just yet.

It seems to me that there is enough ambiguity in the sources to argue that one can stay in Lakewood, Monsey, Flatbush or Baltimore for now.

It frustrates me that I haven't yet crafted a compelling case for why choosing to live your life in someone else's country is, minimally, chaval and, at least according to the RambaN, a violation of Jewish law.

But mostly, it hurts my heart to hear Torah Jews justify it because the Moshiach is not yet revealed and the Third Holy Temple is not yet standing on Har HaBayit.  My understanding of Redemption is that it's a process in which we have to participate, not some kind of heavenly chocolate bar that we will be handed, all wrapped up in shiny paper.

I'm grateful that we're here already and I worry for the Jews that are ensconced elsewhere, having chosen to take a "wait-and-see" approach.  And that gratitude extends even to weeks like this one, when every day brings with it a new test.
Posted by Rivkah Lambert Adler at 1:40 PM

It's ironic that in those same communities it's become quite popular to accept chumrot and make sure everything is mehadrin min hamehadrin. I think a good argument can be made to show love of Hashem and His land/torah to live here even before it's a "requirement"

The best and most simple response I have heard to date is from Rabbi Nachman Kahana. To paraphrase, "So Hashem wants the Muslims, Arabs, Christians and foreigners to live in Israel but he doesn't want the Jews to live here?"

Doesn't it say that all mitzvahs done outside the land are just for practice and don't really count until you actually live in the Land of Israel?

When I became religious and heard (not learned) about aliyah, it seemed so obvious that it was a basic mitzvah like kashrut and Shabbat.

Sorry to hear it was such a hard week!

It's called Murphy's Law. Well-known to any woman w/ a commuting spouse. Our 1st yr here, every time R went back, all the kids got lice and inevitably, at least one would vomit at some point.

Please let us know what we can do to help out!

-Elana and crew across the street

"My understanding of Redemption is that it's a process in which we have to participate, not some kind of heavenly chocolate bar that we will be handed, all wrapped up in shiny paper." <-- Genius sentence, IMHO.

One of the measures of a successful aliyah is how one chooses her perspective. Through the slings and arrows of outrageous "chok Murfee" (as the Israelis refer to Murphy's Law), you have chosen to focus on the divine and the halachik. You could have done what an unfortunate number of olim do, and ranted against the various agencies giving you grief. Kol hakavod!

I would give you a bracha for continued success -- but you are your own bracha.

And also, it's worse to do an aveira in E"Y so unless you are really holy, it's better to stay outside of E"Y.

I'm guessing Fayge's being tongue-in-cheek here... but what she says reminds me that when I first became religious, I realized how much more likely it was that I would make mistakes on Shabbat, causing me to dub the holy Sabbath "The Day of 99 More Ways to Go to Hell." Fortunately, I got over my fear, learned as much as I could, asked for forgiveness when I did "mess up," and have enjoyed Shabbat with great joy lo these 20+ years. It's good I did. I have never become holy enough to truly be worthy of observing Shabbat -- in or out of the Land, surrounded by these holy people (some of whom don't yet know how holy they are).