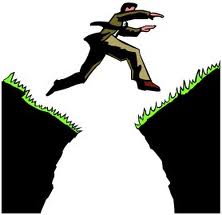 Last week, shortly after yet another person who lives in Israel told me he's going to America this summer, I updated my status on Facebook to say:
"I feel like I'm the only person I know who has no plans to go to America this summer."
Thirty-six comments later, I knew I had stirred up a controversy. Early responders, all olim from America, used strong language to announce that they have no such plans:
Twelve comments later, someone in America took offense.


Every time I write about this topic, it tends to generate strong reactions. So let me try to be as clear as I can.  There is a world of difference between someone (and for the purposes of this discussion, I'm really only talking about Torah Jews here) who would love to live in Israel but can't right now for a whole array of legitimate reasons and those who have a tenacious connection to America and who simply do not see aliyah and a life in Israel as a desideratum.

A few years ago, I heard Rabbi Simcha Hochbaum, visiting Baltimore from Israel, speak about how every generation has its unique challenge.  A generation or two ago, the challenge was Shabbat observance - how to remain gainfully employed in America while guarding Shabbat.  He reminded us that this issue overwhelmed a generation of Jewish immigrants but is hardly spoken about by American Jews anymore. The issue of our generation, he claimed, is undoubtedly aliyah to Eretz Yisrael.

What I said on Facebook bears repeating here: "Many of the people I know who have made aliyah have very strong feelings about the (lack of a) future for Jews in America and are, frankly, puzzled by the continued, steadfast loyalty of Jews to America. My sense is that, if it wasn't for friends and family (and Target), I don't know how many of us would actually ever go back."

That's the chasm spasm that seems to be gripping Torah Jews.  There are approximately 5.5 million Jews in Israel and approximately 5.5 million Jews in America (though many argue that this number includes approximately 2 million non-halachic Jews).  The next closest contender is France with less than 500,000 Jews.  So, since the vast majority of the world's diaspora Jews are in America, the controversy centers there.
Are Torah observant American Jews beginning to feel somewhat defensive about their decision to stay in America?  Are olim guilty of rubbing the noses of American Jews in it?
It took me nine years from my first thought of aliyah to our aliyah flight.  So I, for sure, understand wanting but not being able to.
But, for myself, I am really and truly, genuinely puzzled by those who simply do not want.  I'm sorry I can't be more PC about this but no, it really isn't a matter of personal preference.  We're not talking chocolate or vanilla here.  "Hashem is here. Hashem is there. Hashem is truly everywhere," is a nice children's song. It's not a justification for staying in America at this time in Jewish history, while storm clouds grow darker each day.
There are hundreds of Torah quotes, and many sefarim that make the case so much better than I could ever make it. (Just ask and I'm happy to recommend one, or 10 :-). If you don't have any intention of making aliyah,  at least don't kid yourself into thinking that Hashem doesn't care where you live as long as you keep His mitzvot.  If you think your life in America is kosher, even mehadrin min hamehadrin, at least be honest enough to acknowledge the the truth of the words of Rabbi Ya'akov Emden who teaches that Eretz Yisrael is, "The peg upon which the entire Torah hangs."
If you can't come right now, you can't come.  Anyone can understand that. But if you are a committed Torah Jew and you don't even want to come?
That's a chasm I just can't understand.
Posted by Rivkah Lambert Adler at 1:18 AM

I accepted aliyah as a requirement, mitzvah along with kashrut and Shabbat. It's not a "choice" or "chumra." I don't think chutz l'Aretz rabbis are qualified to posken on questions concerning aliyah either. PC I'm not.

I happy you blogged about your status on Facebook. I was annoyed reading the comments about not everyone being able to live here and Hashem being everywhere. I think the comments people wrote about being happy where they are and not wanting to go to the U.S. should be able to be voiced w/o having to defend their choice. Israeli Jews not wanting to leave should not offend American Jews. They insulted only America and not the Jews living there.

This is an exact copy of a conversation I had with my husband only one hour ago! I was left speechless (that in itself a miracle!) when told by someone that she had no desire to live in Israel. She thought I was so courageous to make aliyah in a month or so. Tell me your family needs you, tell me you have no money to move, tell me ANYTHING but you're an "orthodox" jew not wanting any part of Hashem's gift to us.
What an amazing photocopy of my day today!!!

Maybe you can think of Judaism not as a fixed, explicit entity but as a living breathing thing open to interpretation and at the mercy of those who practice. You cannot deny God is omnipotent and omnipresent. Do you deny that? I feel like you just wrote it off as a song or a rhyme. If you believe in the God of Abraham, you know that's true. Maybe someone's life calling is to be in the United States (or in Spain or Uganda or Australia or wherever). Maybe that is their true place. Could you not see that as a possibility?

Anyway, on another note I just want to say I've been reading your blog for some months though and though you and I are entirely different people (the chasm I guess) I have enjoyed following your physical and emotional journey. I am a 20 year old girl born into a non-religious Jewish family. I've spent time in Israel and feel ironically less and less connected with my Jewish identity. I'm fascinated by those to whom it is almost everything. You seem like a very smart, caring and passionate woman. Sometimes I'm frustrated you can't see what I think is a wider, more complex picture of the world--that Israel is indeed special, but by no means a God-ordained piece of land and that Muslims and Christians and whomever have as much right to it as Jews. I also care much more for the idea of a common human identity than to confine myself to a narrow Jewish one. I just wanted to say that even with those sentiments I still am affected by your dedication to your faith, your dream (of aliyah) and your family.
You also write clearly and effectively about your experiences.

Just wanted to reach out to you. That's all.

I find this is such a touchy subject. Until I actually started the aliyah process last summer, I think most of my friends and family thought that my desire to live in Israel was just a "nice thought". Now that Hashem enabled me to be able to come home, I find that I can't express my true feelings about how deeply I have always wanted to live in Israel and how I feel that is where all Jews belong. I frequently get the response, "Well, there are so many Jews and so many great rabbis all living in America, so it has to be OK" "It's not a real mitzvah to live in Eretz Yisrael, it's just something nice"
Makes me cringe and cry...

To my anonymous 20 year-old reader,

I was also born into a non-religious Jewish family. When I was 20, I had a negligible Jewish identity and possessed pretty darn close to zero Jewish information.

I spent many years in my early adulthood exploring all kinds of alternate philosophies, thought systems, political ideologies and religions. Ultimately, I rejected them all in favor of the heritage into which I was born but did not initially understand. Once I started studying authentic Judaism, its teachings resonated deep within me and impact nearly every decision I make to this day.

I am honored to have you as a reader and I bless you with the hope that you will soon find a meaningful way to connect with your own precious Jewish identity.