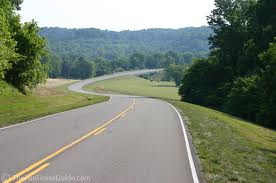 Although we've been down this road together before, I want to return to a subject that is both controversial and very, very close to my heart.

On September 11, 2001, I sat in our den in Baltimore and took a call from an old friend who had made aliyah  five years previously.  She told me that we needed to get to Israel soon.  And she told me something else too.  She said that Jews in Israel are able to see things more clearly than Jews outside of Israel - that something in the very nature of Israel makes it possible to have a kind of spiritual vision, a sense of Hashem moving in the world, and that ability is lacking for Jews who live outside of Israel.

At the time, I was offended by her assertion.  Ten years later, it's clear to me that she was right.

Yesterday afternoon, there was a highly uncharacteristic earthquake that measured 5.8 on the Richter scale on the East Coast of the US.  By most accounts, this was the largest earthquake on record in the region, centered near the Washington, DC area.  The quake was felt in Baltimore, 40 miles (about 65 Km) away.  Since we have a lot of friends in Baltimore, my Facebook News Feed was overtaken with firsthand reports of the experience of being in the first earthquake in Baltimore in our lifetimes.

Of course, the Facebook statuses of my Israeli friends were all hinting about the proximity of the quake to Washington DC, the seat of a foreign government which has been less and less supportive of the Jewish State.   It is also the seat of government of the country in which the largest population of Jews outside of Israel still lives, leading many to wonder what message Hashem might have been sending.

So I posted this status on Facebook: Raise your hand if you think the earthquake in Baltimore/Washington just might have some spiritual significance. Perhaps a message to American Jews??

As I write these words 24 hours later, there are 38 comments on my status and 14 thumbs-up "likes". Many people are clearly looking to understand the spiritual significance of the earthquake.

But a handful took great offense, accusing me of asserting some sort of prophetic message, as if I know what Hashem's message is. So, instead of hinting, I thought I would take a moment to explain, as clearly as I can, what I believe about the stage of Jewish history we are in and how yesterday's earthquake might fit in.

What I am about to say is clear to many, many people with whom I speak in Israel and to a rare few who live outside of Israel, but I am writing here as an individual and what I say here is my own truth.  I preface my remarks with two introductory comments:

1) I am not a prophet and I do not assert that I understand exactly what Hashem is "thinking".
2) I acknowledge that history may yet prove me wrong.

With this in mind, I believe:

This is what I believe, and I live my life, and make daily choices, with these principles in my mind, in my heart and in my soul.

And right now, He is leading all of us Home.
Posted by Rivkah Lambert Adler at 10:49 PM

Americans have moslem violence, earthquakes and hurricanes, droughts, and a political system scaring them to pieces. Facebook & Twitter are full of snarky comments that mean ZILCH in shamayim.

I can't fathom how rabanim and their students are blatantly bypassing Torah directives to live in the HOLY LAND where H' commanded us to be - especially now when whole communities i.e., Judaism USA Central are endangered: http://theyeshivaworld.com/news_cat.php?cat=40

It's as if H' is saying "OK, you want to ignore warning signals? Gotcha. Time's up! So's my patience."

Yocheved Golani
Open my eyes that I may perceive wonders from Your Torah - Tehilim 119:18

As a Dutch gentile I totally agree with your statements.
We had to understand the signs of the times we're living in. As a gentile believer of the Tenach I think Hashem is calling the Jews home right now!But sometimes we had to be shaken before we listen.
Richard Zevenhuizen