Shake Off Your Attachment 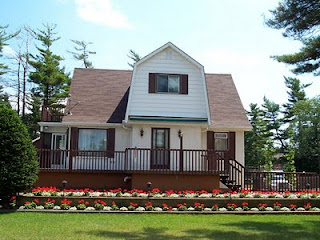 Earlier this week, I got an email from someone in America who has hit a snag in aliyah planning.  They are on track to get here soon, but their house hasn't sold and they are beginning to panic. In the somewhat rambling email, the writer wondered aloud if the lack of even one offer on their very desirable home was an indication that Hashem does not want them to leave.  The email asked for tefillot for their successful aliyah and that they get an offer on their house at a very good price very soon. This was my response:


I'm so glad you reached out, because I have a LOT to say on this topic :-)  I hope I'll be able to communicate my thoughts clearly. First, let me review our experience for you from a bit more than a year ago.  We also had a house in a very desirable area. We eventually sold it for tens of thousands less than we might have expected. And we were very grateful.  Frankly, I was prepared to walk away, so strong was my desire to leave.


Practically speaking, I made a donation to Western Wall Prayers and had a shaliach daven for the sale for 40 days at the Kotel.  We had a contract less than 48 hours after he started.  But I also applied a spiritual perspective to the whole situation. I have been blogging recently about the difference between how things look from chu"l and how they look from here in Eretz haKadosh. I would love to have you read this post. The two points from that blog post I most want to emphasize for your situation are:

I believe that Hashem is purposely collapsing the US economy in order to loosen the hold materialism has on the Jews who remain. I don't believe that the economy will recover. From the perspective of Jewish history, economic recovery will only serve to keep Jews in the US longer and that is counter to the path toward geula. For you and your family, that means that you're sitting on quicksand and the best advice I can give is to cut your losses and get out.

Years ago, I saw a Holocaust-era movie, and for reasons that only became clear to me recently, one scene stuck in my mind all these years. At this point in the movie, Germany was already under siege and Jews were liquidating everything they could to escape before things got worse. In this scene, a wealthy German Jew was negotiating to sell his big, beautiful house for about 10% of what it had been worth the year before. He took the deal because he needed to raise cash to escape.

Gd-forbid American Jews should face that situation, though one of my rabbis, Rabbi Nachman Kahana, says that if Jews don't get out soon, they will be lucky (and grateful) to be able leave with their pajamas and toothbrushes in a plastic bag.  I certainly don't have to teach you Jewish history; you know that has happened countless times before.

Israel has one of the strongest economies in the world right now, and we are promised much more in Sifrei Navi'im. The Shechina has left chu"l. Get what you can and get out. Lower your bar for what you think you need, both to leave and to live here. Liquidate everything you can and buy shelkim while the dollar is still worth something. (Although who knows? We may not need cash in a post-Moshiach world :-)

The noose is tightening. People here feel it very strongly. We're thrilled that you're coming soon. Throw away the paradigm you have about what you think your house is worth and rely on Hashem.

You asked: Is Hashem trying to tell us to stay, or is this a nisayon about our commitment to the mitzvah of yishuv haaretz?

For sure it is the latter! Who gets here without nisayonot? No one I know. Financial problems, health problems, problems with kids, housing instability, the list is endless.We have to EARN Eretz Yisrael and it's so hard because it's worth so much. The price tag is high because the merchandise is so valuable.* Do not be fooled by thinking a bit more cash in your pocket will protect you. Only Hashem protects. That's a lesson in emuna especially for our time, as the gates of Jewish history are closing.

I believe everything I've said to you here in the deepest part of my neshama. You'll see. Hashem will decide what's to be with your house. And in a very short time, you'll be coaching others to cut their losses and come while they can.

Hashem is calling your family to come Home. Shake off your attachment to your house and what you think it's worth, get on that plane and get here already.

all the best for a klita kalah,
Rivkah

* Hat tip to Rabbi Moshe Lichtman. This idea comes from his book Eretz Yisrael in the Parashah.
Posted by Rivkah Lambert Adler at 7:54 AM

So true.
Another thing is that aliyah questions shouldn't be asked of rabbis in Chu"L. Their perspective is off, to put it mildly.

I think there is another thing one needs to do. Put one's trust in Hashem. I have found that when I "let go" and say (I say it out loud), "Ok, Lord, it is up to you. You know what I want and you know what I need. I know that they may not be the same. But I am asking you, please help me. Please make things come right for me." Most of the time, He gives me my request, but not always when I want or expect it, or not in the manner in which I thought to receive it. By "letting go" and not trying to control EVERYTHING, I find more comes to me more easily. In a way this is the same thing, another way of "shaking off one's attachment".

Oh, and I agree with Batya. I fully believe the Rabbanut in Ch'L is very wrong in not taking a much stronger stance in favor of aliyah. I know most Rabbi's will agree that, yes, we SHOULD make aliyah, but I have yet to hear one strongly encourage or demand it of their congregants. (And I guess I never will, now that I am here!)

Right you are, Rivkah! Although methinks I remember someone (that would be me) saying the same thing ("get on the plane and get here already!") many times to you! B"H, you did it! I say to all:

1. Close your eyes.
2. Click your heels together three times.
3. Repeat after me, "There's no place like home!"
4. When you get here, you'll have many opportunities to say, "Toto, we not in Kansas anymore!"

AZ - In the interest of clarity, as I have written many times, I knew aliyah was the right move for me on September 11, 2001. I waited, prayed and cried until my immediate family agreed, and then we came. There was never any question to me that it was the right thing to do.