This year, Batzion BenDavid experienced a spiritual, involved and emotionally potent Simchat Torah.  I received permission to share her account of it with you. 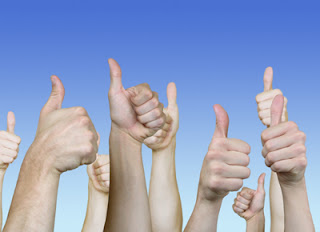 A year ago I wrote a frustrated note about my Simchat Torah experience. Since this year was so different, I felt the right thing to do is write about it again.

I had already decided weeks ago that I wouldn't accept a repeat of last year. This year I was going to Yerushalaim in search of a real simchat torah, and ended up bringing my family with me.
In the evening we went to daven with a wonderful kehila called "Ve'ani Tfila". Usually located in Nachlaot (and also known as "Rav Raz's shul"), the kehila rented out a larger space on Usishkin street, close to where we were staying in Rechavya. This is a good time to thank the kehila for providing a service and doing huge hachnasat orchim- they paid for a larger space because they knew so many guests would like to join their special community.

And "special" is really the only name for it. I've never seen so many different types of people in one place, singing together. All types of kippot and mitpachot and skirts (and lack thereof)- it was a wonderful lesson in Ahavat Yisrael.

The announcements before davening were made at the end of the mechitza in a way that both men and women could hear and see the speaker. the "rules" were set- one song nigun per hakafa, and every hakafa was 15-20 minutes.

The dancing was incredible- so much energy from so many people in a relatively crowded place. Those who know me know that it's definitely out of character for me to dance with people I didn't know at all, but thats exactly what I did on Simchat Torah. At that time and place, t seemed like the most natural thing to do.
and then, there is the matter of the Sefer Torah.

The Sfarim were brought out and the women started dancing with them. It was as simple as that. When it was my turn I was overcome by emotion, and something in me was surprised by the simplicity of it- yes, I am allowed to hold the Sefer Torah. Just like that. This whole thing brought tears to my eyes and had my tearing well after I had past the Torah on to someone else. When I thought about it, it almost felt wrong to get so emotional. I mean- my little brother, age 11, held a Sefer Torah. my husband and father and grandfather all did it without it being so emotional. Im not saying emotions are bad- I hope to have such a powerful experience in every future contact I have with a Sefer- but I have a feeling I won't, just as my male family members didn't. because ordinary things aren't emotional. and for men, this is ordinary. for me, for all the women- it wasn't. which was wonderful and upsetting at once- because it made it special, but it highlighted how unfair things are all year around, and more importantly- on simchat torah in most shuls in the country.

so the evening was an incredible experience. but we had a feeling that we weren't prepared for such "Hardcore" Karlibach in the day as well.

So for the day the family split up, and I went with my mother to Yakar.

After a beautiful Shacharit we were told that before kidush and hakafot there will be 15 minutes of learning-
because one must prepare for the mitzva of simchat torah, which includes learning torah. A shiur was held, and for those who prefered otherwise source sheets were passed around on different topics (including "women and sifrei torah"- for all those who doubted that women can hold a Sefer at all times). after learning and a modest kiddush the hakafot began.

And again- the Rabanit of the shul walks over to the mechitza (the most comfortable one I've ever seen, by the way), and takes two sifrei torah.

And again- so many women, of all ages and backgrounds, are dancing with a lot of energy and yet pretty slowly since the shul can hardly contain all the guests.

Last year I claimed that the dancing isn't as vigorous because there is no Torah in the womens section- no Kallah, so to speak, for us to be "Mesame'ach" and to celebrate. I don't know if I can claim to know what started the chicken-egg issue here: is the dancing more energized because of the sefer torah, or are energetic women drawn to shuls where the opportunity to hold a Sefer is offered? Either way, I think the case for giving women a sefer is made- because these aren't women out to change the orthodox way, they are just women who want to celebrate the wonderful gift of the torah.

after hakafot, a version of aliyot was available for women who were so inclined (a woman read the Parsha and girls were called up to say a יהי רצון, without a bracha) and then the people recommuned for the reading of Zot Habracha and Bereshit and- with the shul completely full with guests- continued to daven musaf and tefilat geshem.

Overall, absolutely the most meaningful Simchat Torah I ever had. not only because I got to reach out and touch the Sefer Torah, but because I experienced the beauty of a diverse, colorful, accepting Judaism. because I danced with absolute strangers, without knowing anybody. Because the communities of Yerushalaim, the holy city, have a message for the rest of the country- don't be afraid to accept more than one type of person. don't be afraid to move forward- cautiously, wisely- but move forward nonetheless.