I Hope You Liked My Country 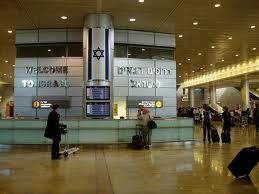 Thursday night, we drove  to Ben Gurion airport with a family member traveling to the US for a few weeks.  While waiting for her to check her bag, I saw a somewhat raucous group of American college students, joking around while waiting for their turn through security.  They were tossing around kitschy souvenirs from Israel and making jokes about what things cost in shekels. 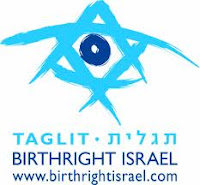 Since Taglit: Birthright Israel season has begun in Israel, it's not unusual for me to see groups of college students clustered together in touristy places in and around Jerusalem as I go about my daily errands. This time, in the airport, I had such a wildly novel thought.

I know these young people came from a US college campus and just spent 10 days exploring Israel. I know many, if not most of them are Jews with Jewish identities that are still in formation. I know that many of them came to Israel, in large measure, because it was a free trip.

I felt a new level of responsibility for representing Israel.  I felt compelled to go over to them, let them know that our family lives here now, that we are normal people, that we are Israelis, and that we hope that they had a positive experience here and, if there is anything we can do for them, please contact us. I so wanted to go over to them and say, in my American English, "I hope you liked my country."

But I thought about it.  And in that thought, I realized how much I identify as an Israeli now.

Posted by Rivkah Lambert Adler at 11:20 AM

Give it a few more years, Rivka, and you WILL do it. Or you'll do what I do, approach them and look for a way into the conversation. Yes, I know I'm weird in this way. I'm also Israeli, which means that everyone is entitled to my opinion. And if you can find these kids on their way INTO the country, or in the middle of their trip when they're hanging out in Jerusalem, you really can have an impact.

Rivka - it's so very important to connect and let these youth know that they, too, can embrace life here and be active participants in our collective Jewish destiny. University studies are far less expensive here than in the US - many programs to explore...

Karen- May the seeds you're planting take root and spread!

Check out the difference one person can make... http://myvoiceinisrael.insightonthenews.net/?page_id=42