Aliyah and an Erev Rav Government 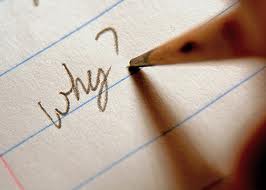 About a week ago, someone sent this comment in response to a positive, uplifting post about life in Israel.

WHY do you live in Israel with a erev rav government? Tell me the reason to come to Israel?

I didn't approve the comment. But I didn't stop thinking about it either.

I'll be honest. On first reading, I thought the comment was pretty hostile. But a week later, after setting a goal for 5773 of not judging others, it seems that perhaps it was a genuine plea for clarification.

I wrote to a bunch of like-minded people on Facebook and asked how they would answer. Here are some of their answers:


It's not about the government. Some people move here for the Zionism, some move for the mitzvah of living in Erertz Yisroel. Why do you live in Boro Park and not someplace in Utah? Because there is a shul? Because of the other Yidden there? Now multiply that by hundreds of thousands? Why would you NOT want to live here?

In addition to all the above, many of our sages risked life and limb to get to Israel, even when the government was Arab and hostile to the Jews. If we don't show Hashem that we want the gift He has given to us, why would He give it to us fully?

Again, in addition to all the above, if we believe that HaShem controls all things, if we believe that all things in our lives seemingly good and bad are from the hand of HaShem and therefore we must be thankful to Him. Then we MUST believe the Government here is exactly as HaShem intended it to be with exactly who He intended to run it. Not what it is going to be, not what we want it to be but as it should be. To say anything else is to deny HaShem controls all things. We are exactly where we should be.

For a country that is only 64 years old and made up of a population of nearly 6 million Jews, by the way the first time in 2000 years nearly half of the world's Jews live in Eretz Israel. With all that has been accomplished in such a short time frame, I couldn't be more proud of Israel. Its a living miracle that we 'chose' to be a part of...B''H

The more we fill this country with Torah and GOD-living Jews, the greater our opportunities to cause positive changes (voting blocs will certainly go to the right!). Sometimes, H' wants to know how far we'd go to demonstrate our love for HIS version of morality rather than ours. THAT is our opportunity to grow as committed Jews. As Rav Moshe Feinstein was wont to say "You don't make tzadikim from donuts and soft drinks." Read chumash for updates on that issue.

I would respond very simply by quoting the comment, then defining and elaborating on the term "eruv rav", touching on whether or not the Israeli government qualifies, then go into the fact that this is Eretz Yisrael and we need to be here no matter what government is in place (there are bazillions of sources). Someone once told me that you can't come for the health care or the government or any other material reason; you have to come live in Israel because it's the right thing to do.

As we learn in Kol HaTor, once the majority of Jews live in the Holy Land, Mashiakh must advance H's agenda. C'mon home everybody and make miracles happen!

Tell him/her to read the book "Am Habanim Smeicah"

You can only influence Israel if you're here. otherwise it's just comments from the peanut gallery.

1. It's not erev rav. You don't speak about Jews that way. The erev rav were not Jews but "hangers on" who brought down the Jewish people when they left Mitzryim. Legitimate disagreements can be had, defaming all those who work on behalf of the Jewish nation is not the way to fix things.

2. It's the same argument made about Israel in the early days by the Agudah and the Chachmei Europe - clearly there wouldn't be a viable country if it was left up to just the religious to do everything. We owe a lot of thanks to the Chalutzim who were not observant for doing the "heavy lifting". It was their zechut that made it possible.

3. Regardless of how non religious a govt is, the support they give to religious institutions, practices and way of life can not be matched (sometimes to our detriment)

4. It's Israel for G-D sakes, not Brooklyn... though someone would say, yes, that's the point.

5. I recently heard Rav Schechter (from YU) quote Rav Soleveitchik in the context of a larger discussion saying the point/drive of supporting/living in Israel is the belief in the Medina and its ultimate redemptive direction....not necessarily any given Memshala, at any given time.

6. What if the govt was more religious, and acted in a way that was not in line of your hashkafa, wrong color kippah per se, would they still be erev rav?

7. Its the only country we have that is ours, it's up to fix the problems, If we don't join in, we cant complain when something goes wrong. If you're interested in Jewish continuity, there is no where else to be.

We gave a deed from our Father. Ze hu.

The reality is that Israel is extremely pro religious, compare it to Western Democracies like America, and you will find that it's actually more like many of the Muslim countries. The Gov has official rabbis (on payroll) in each city, Marriages and Deaths must be arranged according to minimal halacha (ie Mikva/Tahara) and so much more.

The kedushah that the Land imparts is absolute and not dependent on anything. (Rambam: Hilchot Melachim, Chapter 5, halacha 12) - “A person should dwell in Eretz Yisrael, even in a city whose population is mostly non-Jewish, and not live in “chutz la’aretz”, even in a city which is mostly Jewish.”

A teacher of mine used to say, "There's such a thing as mitzvot hatluyot ba'aretz, but no such concept as ha'aretz tluya bemitzvot."

It's written in the Tanach and in the Shema and the Tehilim and the prophecies. Now we are back as it was written. The fact that we might have erev rav in the government is in the hands of Hashem, but the fact that millions of Jews are denying the fact that they don't need to live in Israel is BAD. The Zohar haKadosh says that when Israel has a Melucha (meaning a memshala, not only a king) it is forbidden for us to leave our land. They compare it to niuf! I'm just saying what the gdoley Israel are saying. It is also written in the Talmud. So Jews have nothing to do outside Israel, we have a memeshala , Hashem gave us back our land, HIS LAND. we are the shechina (the clal Israel) we are free now. No matter what they say, coming to Israel now is not only a mitzvah but a commandment from G.od. Why do Jews in the galut are always trying to find an "good excuse" just like in the Torah with the spies? Please wake up and think about it with all your heart and soul you will find the truth within you.

So let's say, for argument's sake, that this guy/gal is correct, in which case, it seems to me that he/she can make one of two choices: (1) bemoan the fact that there is such a government in place and openly question those who choose to live in Israel under such a regime or (2) be overwhelmingly and irresistibly compelled to make aliya as soon as humanly possible to try and do anything and everything he/she possibly can to correct this woeful state of affairs. Each of us has that choice to make.

Uncharacteristically, I have nothing to add. Except this:

May Hashem open the hearts of all Jews who remain in the diaspora and increase their desire to spend their future with the rest of Am Yisrael, here in Eretz Israel. And for those Jews who already have the desire, may Hashem decrease their obstacles to returning Home.

You are too kind to the OP. R' Haim Brisker was known to have said, "אוף א קשיא קען מען געיבען א תירוץ, אובער אוף א תירוץ קען מען ניט געבען קיין תירוץ." With apologies for my shvach yiddish, this means you can give an answer to a question, but not to an answer. The OP seemed to be presenting an answer, not a question. But this is probably why you'll have a much easier time getting into olam haba than me.