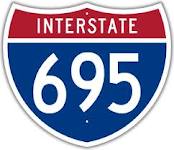 There's a highway called I-695 that rings around Baltimore. It's also known as the Baltimore Beltway. There's a similar one that encircles Washington DC - I-495 or the Washington Beltway.

I mention this because, for years, I was bemused by stories of women drivers who, for fear of merging, refused to drive on the Beltway. Okay, bemused is a mild description of how I really felt about women like that, but it's Tishrei and I'm trying hard not to judge others negatively. When I lived in the US, I drove anywhere, except, come to think of it, in New York City.

I had a job once that required me to travel all over the State of Maryland to meet with nurses about advancing their educations. I hopped in my car without a moment's hesitation and drove four hours in each direction just to meet with a handful of nurses who worked in isolated communities in Western Maryland or on Maryland's Eastern Shore.

I've been driving since I was 15. Having said that, I never really liked to drive. I did it because I was an adult and it was a necessity. But it's a standing joke between me and my husband that, as we approach the car, he asks, "Do you want to drive?"

And I always say, "I never want to drive."

As a consequence, now that we're a one-car family and Egged buses take me to work, I rarely drive anywhere anymore. I can count on one hand the number of time I have driven anywhere outside of the city where we live and at least two of those times, I drove to the airport to pick up my husband who, despite his jet lag, would always drive us home.

In Israel, I lost my driving moxie. I went from electing not to drive to developing a low-level anxiety about driving.

Someone told us about an Israeli-developed smartphone app called Waze that operates like a GPS  to navigate around Israel.

And my husband left town.

My daughter and I decided to go to a friend's for Shabbat. Ordinarily, with my husband away, we would have taken the bus, but there is no direct bus to our friend's home.

So I agreed to drive us there.

I know it sounds like such a little thing. I know people who have been here much longer and much less time than I have who drive all over the country like, well, like they own the place.

But I was trepedatious. Anxious.

I felt like one of those Baltimore women who won't drive on 695.

My husband texted me a pep talk. My daughter watched the Waze app on my iPhone. And I drove.

And when we arrived, yes, in one piece thank you very much, I texted my husband. 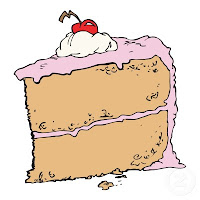 As one of those Beltway Bête Noire Babes, I think you walk on water now. And I thought you were pretty cool before. :-) Drive on over some time. You can take me to Gavna for lunch. I see no reason to be proud.

Since my husband was never a driver, we never got a car. Think of the money we saved. For the first decade plus, I'd drive in the states on visits and keep renewing my license there, and then...

in the vanguard said...

Unfortunately, the longer the Arabs are given more and more rights, the terror by Arabs grows as well. For, as the Ba'al HaTanya writes, the klipah of Yishmael is characterized by an inflation of ego, the more good he is offered. In mundane terms, offer an Arab an inch, and he'll ask for a foot. Times were still bearable when roads were safe. Then came the dangers of taking wrong turns or getting lost in our own country. But now, to add fuel to the fire, even driving on our - safe - roads has become a more uncertain experience, what with drive-by shootings, snipers, masquearading, and whatever the Arab can think of - to cause havoc on Israeli roads.