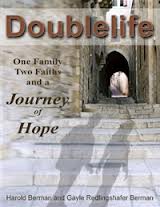 Your post is included in Shiloh Musings: HH #403 The Cyber-Threat Edition.  Please visit, check out the other blogs, comment, share and join the community of jbloggers if you haven't already.

For another perspective on "Doublelife" and particularly the use of letters to tell the story:

nice book and thanks for information