A Spiritual Spin on Anti-Women Nonsense 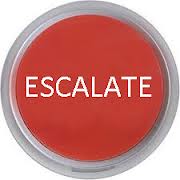 Lately, there has been a huge amount of tension regarding the role of women in Judaism bubbling up around me. I haven't been so caught up in this issue since I first became religious a few decades ago.

I spent the first year of my observant life in tears - drawn to the power of truth in the Torah and in living a God-centered life, and repelled by the constant reminder that my status as a woman defined and confined nearly every aspect of my Jewish experience.

Over the years, I made a kind of uneasy peace with my role as a Jewish woman. I know well that we, as a community, are not where we are meant to be regarding equal dignity for men and women. And there are still too many times when I am struck by the lack of derech eretz, of respectful human behavior, towards women by my community.

Lately, the list of indignities against women in the Orthodox community seems, against all logic, to be escalating. More and more aspects of women's behavior are being categorized, in certain circles, as immodest and thereby newly forbidden. I thought about listing all the recent examples here, but I decided not to put any energy into cataloging the insanity.

There's also a tremendous backlash against the Women of the Wall, a group of women who are seeking "the right for Jewish women from Israel and around the world to conduct prayer services, read from a Torah scroll while wearing prayer shawls, and sing out loud at the Western Wall." Their goals are not mine. Nevertheless, I am horrified by the way their detractors speak of them.

In the comments section of a recent Times of Israel blog post where the blogger expresses her inability to understand why some Orthodox women are not content with our traditional role, one woman calling herself Orthodox commented:


I daven in an "orthodox" shul following certain practices such as having a mechitzah. I was raised to view the mechitzah as "evil" and making women "second class" and in fact discovered that the opposite was so: I found a sisterhood where each woman was valued on her own merits versus the Reform "I'm Mrs. Doctor" where your merit is what a macher your husband is.....I found far more respect for women in my "orthodox" shul than I'd ever encountered in the neighborhood Reform temple, where women were derided, joked about and made to feel unimportant. Now, WoW doesn't want an "egalitarian" section -- they want orthodox practices ended altogether; the Kotel should be open at all times to their style of prayer service and the separation of men and women ended--because THEY don't like it. Well, I DO like it. And I want to KEEP that tradition. So who are these creepy once-a-month-media-circus-pretenders to come to the Kotel where the majority of Jews are "orthodox" of one stripe of another and have their temper tantrum in the name of "equality." That's not equality--that's oppression when you force the majority of people to adopt your prayer style over their objections.

To which I replied:


You have exactly illustrated the precise thing of which so many critics of Women of the Wall are guilty. You claim to indisputably know their motivations and you judge and malign their intentions. You call them "creepy once-a-month-media-circus-pretenders" and refer to their attempt to secure what they believe is their right as Jews a "temper tantrum in the name of 'equality.'" This is not talk befitting an Orthodox woman. You disagree, fine. But where's your derech eretz?

So far, in the cholent pot, we have:
Add to this cholent a recent, personal, excruciatingly painful episode of being forced to beg for the right to do something holy in a synagogue setting and being turned down, not for reasons of Jewish law, but for reasons of gender bias.

Why is all this anti-woman nonsense escalating davka now?

In a book that forever changed my view of the tension between men and women in Judaism, Devorah Heshelis assures us of the Torah’s promise that gender equity and the balance between masculine and feminine spiritual energy will ultimately be restored.

As we approach geula and the ultimate redemption of the Jewish people, the dominant masculine spiritual energy, knowing its days are numbered, is thrashing around and whacking everything in its path with its death throes.

That's why I'm suddenly assuming the duck and cover a whole lot more.

POSTSCRIPT: A few thoughtful readers have pointed out that my use of the phrase "duck and cover" implies that I have chosen to take a passive approach to the increasing chauvinism in the Orthodox community. I'm happy to have the chance to correct that impression.  What I meant was that I'm noticing more anti-women nonsense flying around. I understand that Hashem gave me, personally, a combination of sensitivity to these issues and a particular set of resources with which to address them. This post is an example of my approach.

I can't believe someone else has read that book. It truly did blow me away, but I just don't think many people are ready to hear what she says.
I was also very put off by Paula's tone and what seemed to me to be posturing superiority. I'm probably wrong, I don't know her, but I do know other women I respect who happen to respect her a great deal. But this is not the first time that her writing has left me feeling this way, even though the other articles and letters were on very different topics.

Is the author the one that brings up the Talmudic story of the Sun and the Moon originally being luminaries equal of stature, with the tale being an elaborate metaphor of what actually happened in the Garden of Eden (that some interpret as Eve seeking to disrupt the harmonious balance between her and Adam in her favor by eating from the tree of knowledge to become “like G-d” and being punished by G-d in diminishing herself and having Adam rule over her, which in some ways is much a punishment to Adam and his male descendants as it was to Eve and her female descendants)?

It is interesting how many of the sects promoting the continual adding of Chumra in general and of keeping women out of the public eye for the sake of helping men guard their eyes (many of which appear to have no basis in Halacha), act in a similar manner to the historical Kizai Pharisee sect mentioned in the Babylonian Talmud Sotah 22b (that along with a few other sects are likened to a plague) - Kizai Pharisee: one who “makes his blood flow against walls” by smashing his face into a wall to avoid looking at a woman, in other words he (or the wider community) destroys himself (themselves) physically by going over the top to overtly demonstrate one's piety (becoming dysfunctional in the process). : http://www.come-and-hear.com/sotah/sotah_22.html

The bigger question is how does one really separate dysfunctional and impractical Chumra / stringencies (that is beginning to harm the community) from what was the original intent and spirit as outlined in Halacha?

I think I figured out what is so off-putting about the abovementioned blog. There's something pernicious about the way some women will cast aspersions on the "femininity" of other women because they happen to hold different views on matters of taste, aesthetics, opinion, or personality. Such women propose that the disagreement exists because there is something wrong with, or missing from, the other party.

It seems to me that "femininity", whatever it is, would have to be a natural and reflexive part of every female. Therefore, any woman who is being true to herself is therefore automatically "feminine", and no one should presume to come from outside to tell her that she is somehow warped or abnormal. We can disagree without making a caricature of the other side as "abnormal".

like! Just feel that we should never wait for moshiach to solve any of our problems.

I don't feel any of the anti-woman stuff. Maybe life is different here in Haifa. I do, however, feel a lot of the anti-single stuff.

you put it so well and so respectfully. go you!!!!

I feel like saying that this increasing trend toward marginalizing women is a manifestation of a spiritual process is dangerous because:
1) it could be construed to excuse offensive people of their responsibility to be mensches, and
2) it could encourage people to tolerate something they view as an injustice instead of fighting to rectify it

If you feel in your kishkas that this is wrong (running with your cholent metaphor here), why duck and cover?

Rachel - I'm not excusing it. Just trying to understand it. To my mind, it's important to keep my eye on the bigger picture as Jewish history moves forward. But that doesn't mean I don't do my best to fight against injustice when I see it. Just that I try to hold it in a bigger context.

Rivkah, as I read this latest piece you wrote, I was thinking "yes, yes, yes". I was thinking, "ah, Rivkah is so able to put words to that which I was feeling" and then I read your concluding statement in which you stated that you "duck and cover". And my heart fell. Plop! It was like waking up from a nice dream, only to find yourself in a reality that is not so nice. Yeah, I was and am disappointed. BUT -- if I were to look at myself in the mirror -- I would see a woman who..."ducks and covers". But I "duck and cover" because I am far less educated and far less able to fight with words. I do so because at this point in my life I feel old, I feel too old, to fight. I no longer have the energy and verve I once had when I was younger. Plus, I want to see younger women getting involved in these issues -- and I don't see them. It seems to me that the majority of women who are involved at all in these issues are older, middle aged women. Rachel Stomel -- if I am wrong, please correct me -- but I do not see women of your generation or younger getting involved. Now, I have a thought about why this is: it is because women are still the ones who bear the brunt of the responsibility for the children, the house and home, and managing the lives of their families. They do not have time to fight injustices, they do not have time to show up at the shul often enough to make theirh presence alone as a demand for equal space and time within the constructs of our ritual religious observances. But Rivkah, you have been very outspoken, via your writing, about some of these issues. And even if the pen is mightier than the sword, those words do require action backing them up. And unfortunately, "duck and cover" won't fly....

I believe that this was one of your best blog entries. I also appreciate that you left so much of it unanswered, since no one answer will satisfy here. we are very close to messianic times, and I often imagine our anointed one sorting things out by saying; ok, you temanim, you got this right. you, chaba"dnikim, you got this right. you yekkiim, you got this right, you hilonim, you got this right. and on and on, building up our reconstituted "tradition" from what each group carried with is since the dispersion and exile; each one carrying a precious germ, with a lot of "klipah," or hard shell around it, which rots in fertile ground. only then can the germ germinate and become the tree which is in its DNA.

What about anti single women stuff?