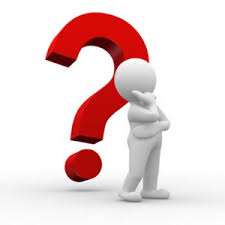 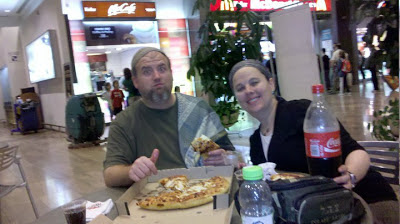 You know that is my all time favorite dvar Torah :)

I think I used to babysit for Aryeh.
As to lack of rationality, there's no question that all of us who have done it are a little crazy. :)

This article is brilliant and absolutely right. I am a guy who takes no risks. Leaving the UK without having first sold my house, learned the destination country's language or found a job there is something I would never contemplate. Let alone putting my wife and children at financial risk by taking out all our savings for the purpose of such a jump in the dark. But for years we have been saying we will make aliyah, and we did it, in just that way, with no rationality but with plenty of emotion, almost 12 months ago. My wife is working but I am still to find work. Anywhere else I would be worried sick and regretting my decision, as our savings start to run out. Here I know I made the right choice, and have an army of new friends all helping me find my work niche. Yes, a little crazy. Every Jew has it. Some are just not ready for aliyah. Maybe some will never be. Hashem needs us everywhere in the world, after all, so they shouldn't feel bad about it. You don't come here to replicate your life in your country of birth. You come when you no longer feel at home where you were. That's all!

To tell the truth, if they don't want to come here, I don't want them to come either. So I guess it's a win-win situation.

Am I the only FFB that always knew that I would make aliyah - it was just a question of when? (I am the fulfillment of generations of dreams and plans of my family and ancestors.) You're right - most olim I know either are baal teshuvas or it hit them later in life (or in the case of my husband, it was a prerequisite to our marriage.)

You know, it sort of makes me laugh when some Jews speak kind of "in your face - I'm not making aliyah, no way, no how" as IF they are in charge of big decisions like that. Well guess what Friends? Hashem is in charge, not us and He is clearly directing His children back home. If a soldier hasn't yet been decapitated in America on the street in full daylight, believe me, it will be some other wake up call to come home. If we all know the end of the story - that the Jews will return to Eretz Yisrael with Mashiach's coming, then why fight it? Get out now while you can still come with all of your belongings!

Full disclosure. I work for Nefesh B'Nefesh so I am hardly neutral on the issue of Aliyah. If I could add one thing to this great article it would be that over the last seven years I have been honored and priveleged to speak with thousands of Olim and people planning their Aliyah. I am always amazed at the different reasons people have for making Aliyah and I have never found one that is "better" than any other. If you want to be here, we want you here. I have also learned that any one who wants the dream of Aliyah can have it. I have seen people in situations I thought hopeless build succesful lives here. It can happen for anyone.

Thanks for writing this. Came across your piece randomly, but I remember all 3 Morgans well from our pilot trip! Glad they've landed happily and have met up with good friends. Please pass on my information to them and we hope to meet up with them again on "the other side" (we arrive in August, iy"h)!

I remember the Morgans also from our Pilot Trip. We will be making Aliyah hopefully in October. We are also from Oklahoma, as were the Keren's. My husband has wanted to move to Israel since he was 9 years old. We will be retiring there this fall. I totally agree that it is a "calling" and even though I am not Jewish, I feel the same emotional pull that he does.

I loved this article. I am someone who made aliyah, then yerida, for reasons I shan't get into here. I will only say that once you have lived in Israel, no other place (including your birthplace or hometown) will ever truly feel like home and you will never again be fully comfortable (emotionally or spiritually) in the Diaspora. And yes, we are planning to return!