Where is God in All This? 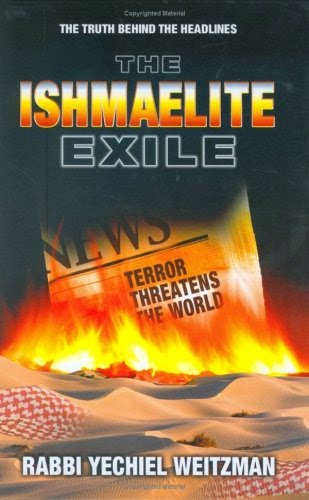 I've been blogging since 2004. It's always delicious when people enjoy what I write and add supportive comments. But it's also important to blog when I have something to say that no one else is saying.

We were in the midst of hosting sheva brachot when the unspeakable news broke. I saw it first and had to alert the rest of our guests. I did so in a tearful voice, broken with shock. A moment later, every single guest was on a smartphone, scanning the news for details.

Like many of you, two days later, I've now read hundreds of blog posts, op-eds, Facebook posts, tweets and news stories about the most recent tragedies to befall the Jewish people - the murders of Eyal Yifrach, Gilad Shaar and Naftali Frenkel, may God avenge their blood.

Since I live in the politically right-wing world, most of what I've seen is some version of the sentiment, "Enough is enough! Let's take some action." The range of suggested actions includes expelling all Arabs from Israel, killing all Hamas operatives in Israeli custody, leveling and retaking Gaza, annexing all of Judea and Samaria and establishing new settlements.

But where, I ask, is God in all this? In the volcano, in the avalanche, of words that have been published in the last 48 hours, who's asking about the bigger picture? About the role of God? About why we're even in this awful, untenable, harrowing situation to begin with?

In 2006, Rabbi Yechiel Weitzman published a book called The Ishmaelite Exile. Sadly, the book is currently out of print. Last night, seeking spiritual comfort, I pulled my cherished copy off the shelf and began reading it again, for the thousandth time.

The book is 250 pages long. In it, Rabbi Weitzman makes many points, all based on classical Torah sources, that help me process what has befallen our nation and our people. With great trepidation, I would like to summarize the way I understand his first 85 pages.

In the year 5600 (1840 CE), a great power came into the world. According to the Zohar, this year corresponded to the six hundredth year of the sixth millennium. Rabbi Weitzman writes, "This year was meant to be a year in which the gates of heaven would open and the wisdom of Torah would spread throughout the world. But, to our misfortune, the wisdom was seized by others." (p. 66)

The undeniable scientific and technological advancements of the mid-19th century left us with a legacy. Today, we live in a world of
כֹּחִי וְעֹצֶם יָדִי עָשָׂה לִי אֶת הַחַיִל הַזֶּה
My strength and the might of my hand has accumulated this wealth for me. (Devarim 8:17)

In Rabbi Weitzman's words, "[s]ubstituting belief in human endeavor as opposed to faith in Divine providence leads to destruction." (p. 65) He calls this, "...the final flaw of faith that will occur before the coming of Moshiach, a serious illness of the spirit where man believes in nothing but his own prowess."  (p. 69)

The Yishmaelim, the Arabs, inflamed by the infected theology of Islam, are here to teach us a lesson in humility, in emuna. "This plan, whereby Ishmael serves as a physician of sorts to heal us of our lack of faith, appears in our ancient sources." (p. 71)

We are meant to understand that our own strength is insufficient. There is simply no military, economic, political, diplomatic, human solution to the nightmare in which we find ourselves. We will be rescued by God when we admit that this is quite beyond us. That only God can save us. That whatever else we do, we must cry out in prayer. We must believe in God.

God crafted this exact set of circumstances in order to restore our emuna. And He put the knowledge of this plan into the world more than 3000 years ago, when King David wrote these words about the Yishmaelim.

אֲנִי שָׁלוֹם וְכִי אֲדַבֵּר הֵמָּה לַמִּלְחָמָה
I am peace, but when I speak, they are for war. (Tehillim 120:7)

There is so much more meat in Rabbi Weitzman's wonderful book. Why were the Yishmaelim in particular hired to do this job? Why is the "Ishmaelite Exile" considered the most severe of all the exiles through which the Jewish people have suffered? What is the Yishmaeli claim to the Land of Israel? Why did they rise and how will the Yishmaelim fall at the End of Days?  How are the trials of Am Yisrael preparation for the End of Days? Rabbi Weitzman addresses all of these questions and many more.

If there is any way for you to find a copy and read it, I urge you to do so. Because if you're anything like me, a spiritual perspective to guide us during these difficult days is a most welcome balm for the soul.
Posted by Rivkah Lambert Adler at 2:01 PM

The world hardly needs any more negativity. Why do you assume that people don't appreciate God in the technological advances?

In Israel I see many who both have gratitude to God and push the cutting edge.

What basis do you have in making the leap that those who fulfill God's commandment "vikivshuha" don't appreciate God's role in it all?
Until I hear any substantiation, I respectfully posit that it's not the case.

Thanks for reading and taking the time to respond. However, I'm puzzled because you seem to be responding to things I never said.

First, I was summarizing Rabbi Weitzman's perspective based on his understanding of Torah sources, not advancing my own personal opinion.

Second, from where did you conclude that I "assume that people don't appreciate God in the technological advances?" I made no such point.

Third, from where do you conclude that I made "the leap that those who fulfill God's commandment "vikivshuha" don't appreciate God's role in it all?"

To be clear, I was presenting a Torah perspective on why we are collectively suffering under the thumb of the Yishmaelim. In no way did I intend to suggest that there are no people of true faith among Am Yisrael.

If God is not in the storm, the thunder,the fire, but in the mall voice, God must surely be in the murdered boys' families' statements AGAINST revenge and more violence. To cry for vengeance, that seems to be the "normal" human response to a big injustice. To be stronger than this impulse - this is a strength that must be granted by God.

We are seeing G-D in anew way . G-D is saying only I can save you from all your pain. We will see awesome things stay tuned. Great article.